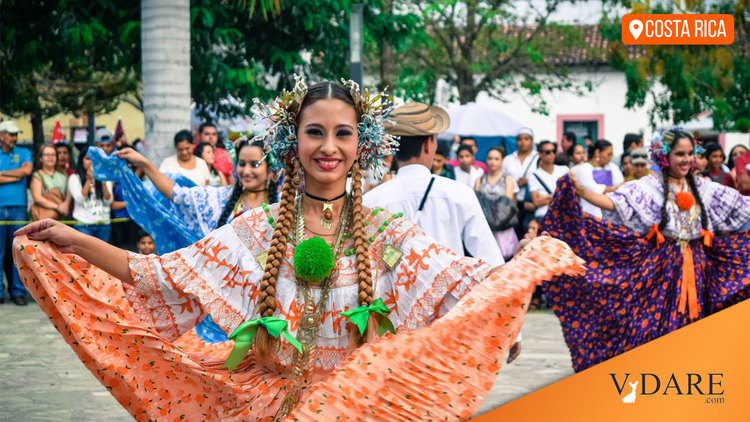 I flew from London to Costa Rica for a holiday in 2016, on the day David Bowie died, and forgot to go home. What began as an extended holiday, however, gradually turned into a self-imposed exile as Britain began to change from a free country to quite the opposite.

Costa Rica’s relatively robust economy earnt it the nickname of “the Switzerland of Central America,” and it forms, together with Panama to the south, the wasp-waist that links South America to the larger land mass to its north which begins with Nicaragua and expands through Guatemala and Mexico to become north America proper.

Costa Rica is not an easy country to migrate to. If you are old enough to be a pensionado, and your pension is at least $1,000 per month, you can apply for residency. Similarly, if your income from outside Costa Rica is sufficient, or if you marry a Tica or Tico (the Costa Ricans’ name for themselves), the same applies. Otherwise, you may not legally earn money as a non-resident, although that can be circumvented.

If you are not a resident, you are obliged to leave the country every 90 days, theoretically for a period of 72 hours. However, in practice, it is possible to sit in a bar just over the Panamanian border for an hour or two and go straight back. This is known as “perpetual tourism,” and is one of many grey areas here. You may be asked on returning to Costa Rica for proof of onward travel (a bus ticket often suffices), validation of at least $300 a month in your bank account for the duration of your stay, and an address. These are rarely required, although post-COVID you must have health insurance for 90 days, which costs a little over $300.

Like most non-residents, I used to go to Panama. Unfortunately, after a visa stamp was missed, I am now barred from re-entering the Panama unless I pay $1,000. This was entirely my fault, and the lesson is always to check visa stamps at la frontera. I now go north, to Nicaragua, and occasionally stay a day or two in a town called San Carlos by the beautiful and vast Lake Managua.

In 2017, when my savings began to run out, I turned from being a hobbyist musician to playing guitar seriously and singing in restaurants. This supplied enough income to make a go of it here, at least temporarily. Now, however, working for cash is in decline as many restaurants require a facture electronica, an online receipt requiring residential status and business registration. What little money I earn from online copywriting and journalism is legitimate, as it comes from outside the country. Also coronavirus cut tourism here by 40% last season, and this affects everyone connected with the hospitality industry as well as having a knock-on unemployment effect.

As COVID-19 began to take hold globally, Costa Rica dealt with the virus superbly, with the lowest infection rate in the Americas. Notoriously, the head of the World Health Organization has no degree in any area of medicine. Costa Rica’s health minister, Daniel Salas, doesn’t have one either. He has two, plus a background in professional epidemiology, and so is very much the man for the job. There has been no personal or household lockdown here, just a requirement to wear a mask in stores. Some bars and restaurants closed briefly but have long since reopened.

Given Britain’s per capita mortality rate, it is certainly safer here, and in more ways than one. As I write, the coronavirus has killed approximately 0.18% of the US population and 0.19% in the UK. In Costa Rica, the figure is 0.0009% of the country’s 5 million people [Statista.com:  Coronavirus (COVID-19) deaths worldwide per one million population as of June 25, 2021, by country].

Salas and his Ministeria de Salud made early moves some of which at first appeared baffling unless you know certain things about Costa Rica. Banning non-essential driving (all but emergency services and supply-chain journeys) between 10 p.m. and 5 a.m. seemed ridiculous until you realize that Costa Rica regularly appears in the global top five for fatal car accidents. The aim was to keep as many of the country’s meagre supply of around 150 intensive-care units free of car-crash victims [Costa Rica enacts vehicular restriction as hospitalizations spike, by Alejandro Zúñiga, Tico Times, May 18, 2021].

Demographically, Costa Rica is absolutely to my liking. Wikipedia says 84% of the population is white or mestizo, although “Native and European mixed blood populations are far less than in other Latin American countries." There are a few (1.1%) blacks here—the east coast is on the Caribbean—but there is no trace of the ghetto, no jeans worn at half-mast or aggressive street swagger. As for Muslims, there are between 1500 and 5000 in a country of 5 million. I have met two, a property owner and the owner of the biggest hotel in town. I doubt they own a Koran between them.

Costa Rica was requested by the UN to take 5,000 Syrian refugees and politely declined. This is a Catholic country, the government replied. They wouldn’t like it here.

President Solis was quoted as saying “I don’t want a humanitarian gesture to end up with us building ghettos in Costa Rica.” [No quiero construir guetos, dice Solís sobre posibilidad de recibir refugiados sirios, by Luis Ramírez Salazar, September 11, 2015]. When San José’s Muslims asked the municipalidad, or local authority, for permission to build a mosque, they too were calmly turned down. Imagine that in Dearborn, Bonn, or Paris.

Compared with policing in Britain, where the authorities turned a blind eye to decades of Muslim grooming gangs but will zealously pursue those who Tweet about the fact, or America, which is approaching anarcho-tyranny, the police here actually police. The policemen themselves are generally young and fit, as Costa Rica has had no standing army since its bloody civil war in 1948, and young men who would otherwise be soldiers are now officers in the fuerza publica polizia. Again, provided you keep your nose clean, it feels safer here than it appears to be in London. 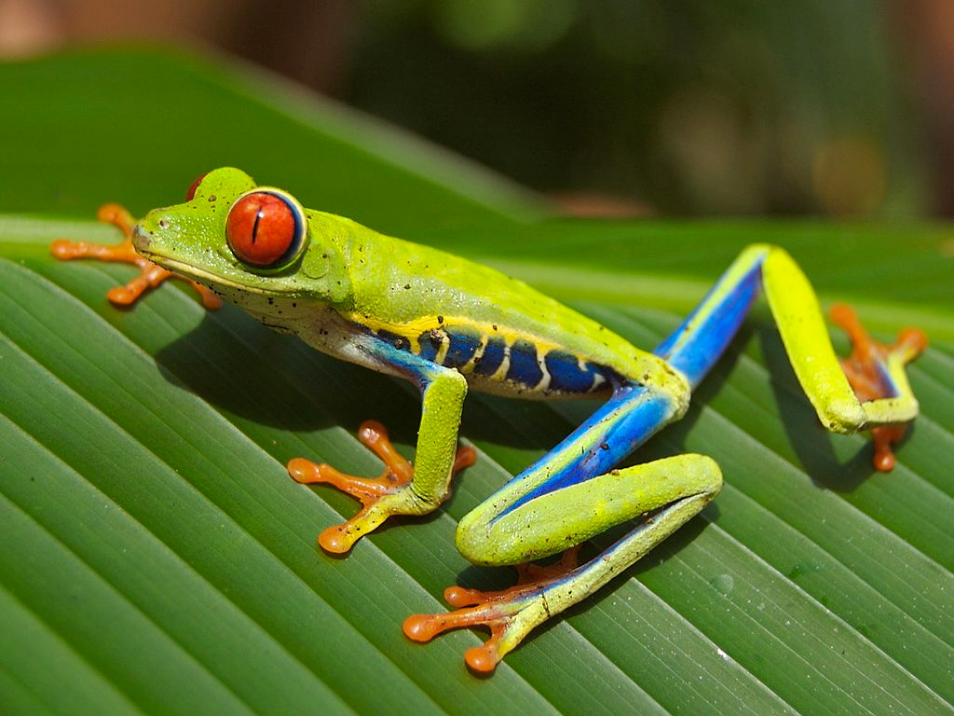 Being reclusive, I make little use of Costa Rica as a country to be travelled and enjoyed, but am quite happy to live in my little Pacific Coast town. My two-room apartment, including electricity, is $200 per month. The wildlife is spectacular. Each morning, a flock of scarlet macaws fly over my apartment, and when I was living in the rain-forest I saw troupes of titi and capuchin monkeys, toucans, sloths, and butterflies. Costa Rica occupies 0.03 of the world’s land mass, but has 5% of its animal species and 10% of all butterfly species.

I have had experiences here I would not have had in England. I worked voluntarily at an animal sanctuary, and then played a charity gig for them for which I was paid with a token allowing me to go horse-riding, something I had never done. I have learned Spanish passably. I worked for two months for a jet-ski company run by an Irishman who genuinely ticked every box indicating psychopathy, so to an extent all human life is here.

The weather is, of course, wonderful, although the rainy season can be a problem if, as I do, you live below sea level and the Pacific is at the end of your street.

But, more than anything, this is not the UK, a collection of countries rapidly becoming the Soviet Union 2.0, but with marginally better department stores and dental care. It is genuinely dangerous now in England to speak or write on certain topics, whereas the Costa Rican constitution protects freedom of speech, even for non-residents.

If the time comes for mass white flight from the US—and it is difficult to see how it will not—I suspect Costa Rica will see an influx of white people from what my Spanish teacher (at the risk of a scolding) has told me I must call “North America.”

You could do a great deal worse.

Mark Gullick has a PhD in philosophy. Originally from London, he has relocated to Costa Rica. He has also written for TakiMag, New English Review, Counter Currents, Standpoint and The Brazen Head.