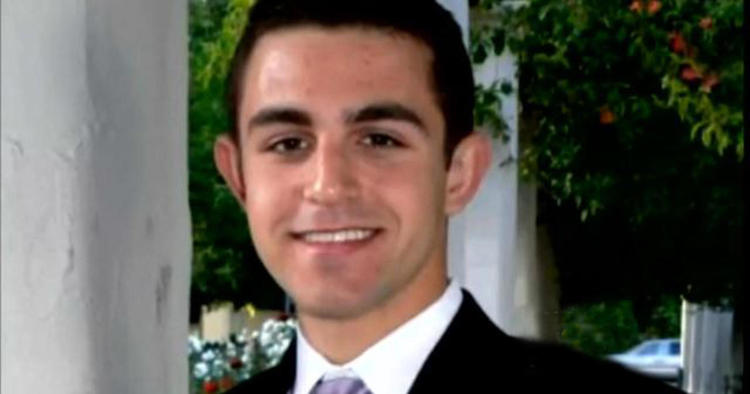 As I pointed out in "Trayvon Martin, RIP" back in March 2012, I had recently played amateur busybody detective in a not wholly dissimilar local case where cops killed a teen. Because the official story seemed fishy, I had gone to visit the scene of the killing and had run into the dead youth's bewildered mother. I encouraged her to not let the cops stonewall and to seriously consider a lawsuit.

From the L.A. Times today:

In a mixed verdict, a federal judge awarded $3 million to the parents of an 18-year-old honor student shot and killed by plainclothes drug enforcement agents, but also determined that the authorities were not negligent in their actions.

U.S. District Judge Michael Fitzgerald said that DEA agents had reason to believe they were in danger, but determined that the agents should not have fired their weapons at Zachary Champommier's car because shooting at a moving vehicle would not have helped their predicament. 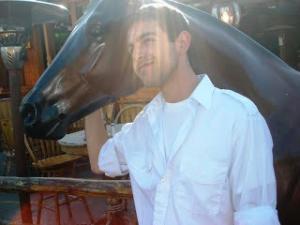 The shooting of Champommier, who had recently graduated from Granada Hills Charter High at the time of the 2010 encounter, sparked outrage among the teen's family and friends, who described the teen as a "band geek," and not someone who would intentionally confront authorities.

The teen's mother, Carol Champommier, alleged in a wrongful death lawsuit that federal and local drug enforcement officers recklessly shot at her son, who she claimed posed no reasonable threat.

The mixed verdict seems reasonable. The whole thing was just a terrible screwup, with much misunderstanding and poor decision-making, but little in the way of malice. Also, there wasn't a lot of disinterested eyewitness testimony. As a taxpayer, the number $3 million had always seemed about right to me as a compensatory payout, rather than an 8-figure punitive damage payout.

This is the top story on L.A. Times right now, but the shooting got little local coverage in the first few weeks. I became interested in the case because a police spokesman initially implied that the parking lot was notorious for drug dealing. I live well to the north, but this lot is across the street from the Barnes & Noble bookstore I drop in on 50 or 100 times per year, so I can attest that in the hundreds of times over the last half century that I've walked through this busy lot, which is well-lit and employs a security guard in a golf cart, the only illicit activity I can recall is bad driving.

The dead youth's friends in his high school orchestra and band and their parents kept the story alive however.

One black commenter on a website being flooded by long, expository comments from Zach's friends and neighbors said something like, "Wow, you white people just won't let it go when one of your own gets shot by the cops. If this had happened in the 'hood, it would have been forgotten by now." That seems pretty accurate. White people don't have anybody to stand up for them qua white people, but they are also pretty good at standing up for themselves.

Anyway, this local case helps explain why I took a realistically low-key approach to the Trayvon story back when most of the media was forming an electronic lynch mob to get George Zimmerman. In a country of 300 million, unfortunate events like the deaths of these two teens happen every day. Which ones become giant national stories has more to do with the needs of the Narrative than with the actual facts of the cases or even with general patterns.