Young white teachers can be wonderful people. Often bright, idealistic and enthusiastic, most were probably drawn to the profession by a sense that they could, to repeat the treacle, "make a difference."

And one place to "make a difference", of course, is black and Hispanic neighborhoods in America's big cities and other urban locales.

Problem is, the combination is sometimes deadly.

It was for 32-year-old Nicole Mathewson, who was apparently murdered by a 16-year-old black kid (and another) in her home.

Teenager charged in teacher's death: 'I know Nicole grieves for him', by Julia Hatmaker, PennLive, December 16, 2014

So much about her fits the profile of a white woman at risk. She was proudly single, a friend said. Not afraid.

Of her alleged killer, the friend said,

And that's the problem. 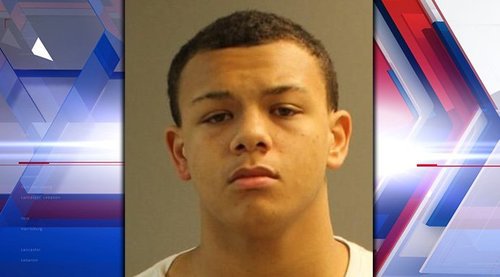 Nicole Mathewson sounds like she bought the hype peddled by the media: young black kids aren't violent predators, they're just misunderstood. And not just misunderstood, but actively discriminated against by racist white society. All they need is some blueberry jam and hugs from caring white women, and all will be right.

But it's not true.

And the lies have deadly consequences.