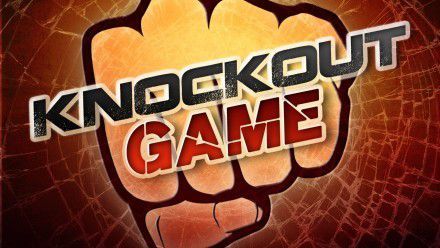 Yglesias: I Wasn't A Victim Of "Knockout Game" Because I Was Only Knocked Down, Not Out

I Was a Victim of the Fake "Knockout Game" Trend

True story. A couple of years back, I was walking home at night on North Capitol Street here in Washington, D.C., when two dudes randomly assaulted me before running away without stealing anything. At the time, I didn't think it was all that strange—I've lived in urban areas all my life, and plenty of people I know have been victims of anonymous street crime. The good news is that urban crime rates have been trending downward since I've been about 9 years old, so we're making important progress in this regard.

The weird thing was that after I blogged briefly about this, a number of conservative bloggers, particularly those of a racist bent, decided that this wasn't just one of many random acts of criminality that occur in the big city. No! It was an instance of "Knockout King," which I suppose was the 2011 version of 2013's more robust Knockout Game white racial panic.

But to be clear about something—insofar as there's supposedly a "game" here where the contestant tries to knock someone out with one punch, that absolutely isn't what happened. I was knocked down, but definitely not out, and then after that I got kicked a bunch of times. If you're familiar with the phrase "don't kick a man while he's down," take note—it really hurts quite a bit to be kicked while you're down. In fact, this substantial deviation from the "rules" of the "game" is a lot of what made getting violently assaulted for no reason such a physically unpleasant experience. ...

People shouldn't minimize these concerns about urban violence, but it accomplishes nothing in terms of tackling them to concoct weird trends and games out of thin air.

I'm struck by how our society wants victims of black-on-white violence to play the macho tough guy in public, as Yglesias tries to do here, or as journalist Brian Beutler (who was shot during a robbery while walking with a journalist named Matthew) does here.

Being a crime victim is, among other things, being psychologically assaulted.

As I wrote immediately after Yglesias announced he'd been attacked:

Beyond physical injuries, well, I've never been the victim of street violence, but judging from the psychological trauma I've felt merely from being the victim of burglars — the reminder of one's own insecurity, the insult to one's self-respect — that aspect of crime shouldn't be overlooked. And being punched and kicked by strangers is far worse.

Our culture has made much progress in better psychological treatment of women who are raped — e.g., providing female cops to do the interviewing of the victim, counseling, support groups, and so forth. It helps crime victims to have your culture acknowledge the terrible thing done to you, and that it wasn't your fault.

But this balm is selectively dispensed upon our culture's usual Who? Whom? lines.

For youngish white male victims of black violence, the media's message is: Don't be a wimp. Walk it off, dude. Don't go crying about how it makes you feel. It's not part of a larger pattern, it's just something that happened to you personally. Nobody else cares about what happened to you because it's not a Thing we are supposed to talk about on TV, it's just your problem. Remember, what does not kill you makes you stronger, so, shut up and deal with it.