William Vaile: An Anglo-Saxon Predecessor To Ann Coulter Whom She Would Have Approved 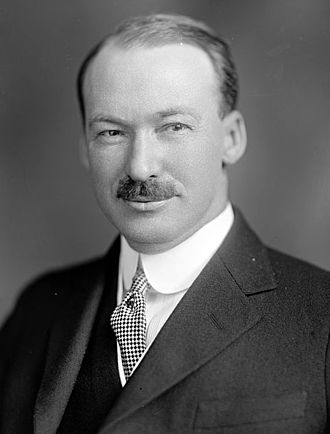 Here's a passage quoting Ann Coulter from near the end of her book-tour interview by Tom Piatak:

I’d say if white Anglo-Saxons have a flaw, it is their tendency to sit quietly while others abuse and denounce them. There is no other ethnic group that does that. You know the French think it’s fantastic to be French. Russians are totally chauvinistic about being Russian. Only white Anglo-Saxons always seem to be in the position for apologizing for being white Anglo-Saxons. Well, no: You can come in and you can be part of what is a white Anglo-Saxon-American culture, which is better than the culture that it was created from. I mean we are better than England. Sorry to any British readers, but America did create something even better.

[America] was created by British and Dutch settlers. And other people from different ethnic groups and different cultures in small numbers, depending on how different the culture is, can come in and be part of this successful enterprise. But they can’t do it when they’re overwhelming it with numbers.

Whether or not Ms. Coulter is familiar with it, her words above echo what I think is the most definitive statement ever on the purposes and requirements of U.S. immigration policy, that by Congressman William Vaile [R-CO]:

Let me emphasize here that the restrictionists of Congress do not claim that the “Nordic” race, or even the Anglo-Saxon race, is the best race in the world. Let us concede, in all fairness that the Czech is a more sturdy laborer … that the Jew is the best businessman in the world, and that the Italian has … a spiritual exaltation and an artistic creative sense which the Nordic rarely attains. Nordics need not be vain about their own qualifications. It well behooves them to be humble.

What we do claim is that the northern European and particularly Anglo-Saxons made this country. Oh, yes; the others helped. But … [t]hey came to this country because it was already made as an Anglo-Saxon commonwealth. They added to it, they often enriched it, but they did not make it, and they have not yet greatly changed it.

We are determined that they shall not … It is a good country. It suits us. And what we assert is that we are not going to surrender it to somebody else or allow other people, no matter what their merits, to make it something different. If there is any changing to be done, we will do it ourselves.

According to Vaile's Wikipedia entry, he was of English descent, but he obviously hadn't succumbed to the Anglo-Saxon flaw that Coulter criticizes.

Interestingly, the entry also says that he served with the Colorado National Guard on the Mexican border during 1916.  Since Vaile's time in the Guard overlapped with American reaction to Pancho Villa's raid on Columbus, New Mexico, I'll speculate that there's a connection (while instantly deferring to any historians who actually know the subject!).