Why May GOP Blow It In GA? Answer—Low Share Of The White Vote 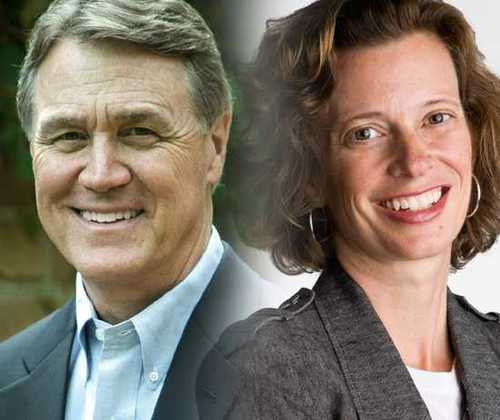 The Republican Party's base is the once Democratic Solid South, even though the South is far more racially diverse than states in liberal New England. The explanation is that whites in the South tend to vote as a bloc, much like nonwhites do everywhere in the country.

A recent poll has Georgia Democratic candidate Michelle Nunn with a small lead over David Perdue, 47.3% to 44.9%. [GA General Election Poll, Insider Advantage, October 22, 2014] This conservative state is something Republicans can't afford to lose if they want to have solid control of the Senate.

As you might expect, Nunn is winning over 93% of the black vote—and the Democrats are trying to increase turnout by exploiting the situation in Ferguson and telling blacks that Republicans want to shoot their kids.

En passant, it should be noted that Swafford supports no caps on any guest worker programs, eliminating compliance programs designed to keep companies from hiring illegals, and amnesty (allowing illegals to enter a guest worker gram after paying fines, back taxes, and a probationary period.) Of course, none of these policies make sense without confronting birthright citizenship. Despite this pro-illegal immigration position, the poll shows the Libertarian candidate is receiving no support from Hispanics—or blacks for that matter.

Still, it's not the Libertarian that's the problem in Georgia—it's Perdue. For comparison's sake, exit polls show even John McCain was able to win 76% of the white vote in 2008 against Barack Obama. [CNN 2008 Coverage, Local Exit Polls] The fact that Perdue can't even crack 70% is disturbing.

What's the explanation? Well, Nunn has accused David Perdue of outsourcing when he was a businessman. Perdue's response? To defend outsourcing and say he's "proud" of it.

[Nunn's] argument gained steam in early October when Politico published a 2005 deposition Perdue gave in lawsuits stemming from the Pillowtex closure. Asked about his "experience with outsourcing," Perdue replied, "Yeah, I spent most of my career doing that."

Days later, Perdue doubled down: "Defend it?" he said. "I'm proud of it. This is a part of American business, part of any business."

His deposition answer and the words "I'm proud of it" have since played thousands of times on Georgia airwaves. Several polls suggest the race has tightened amid the attacks, though Perdue backers say they haven't seen evidence of eroding support.

The Stupid Party. The only party in history that seems to hate its own voters.