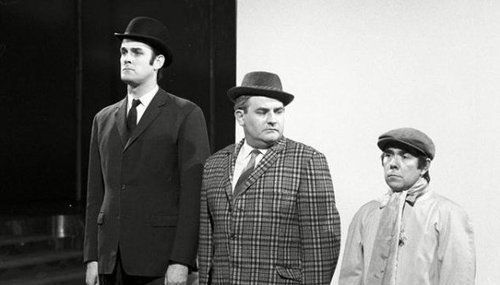 Why Is There So Little Concern About Height Prejudice?

As a person of tallness, I’m struck by how little approbation there is at present toward height prejudice in favor of the tall.

Nobody these days gets additional Intersectional Pokemon Points for being short.

In Barbara Tuchman’s The Proud Tower, she notes that Tory prime minister Lord Salisbury’s cabinet of 1895 averaged 6 feet in height.

Lord Salisbury himself was 6’4″, although he slouched.

In 1895, to be tall suggested that you enjoyed a privileged upbringing, which is a good thing in a mate, because it suggests you also are in better health and have richer relatives.

On the other hand, these days, height is mostly heritable. And it’s not clear that being genetically taller is all that much better. For example, it modestly boosts one’s chances of cancer, presumably because you have more cells than can go wrong. I

had cancer in my 30s and it really wasn’t a good thing.

So, our culture’s prejudice in favor of the tall is kind of obsolete.

And yet nobody cares.