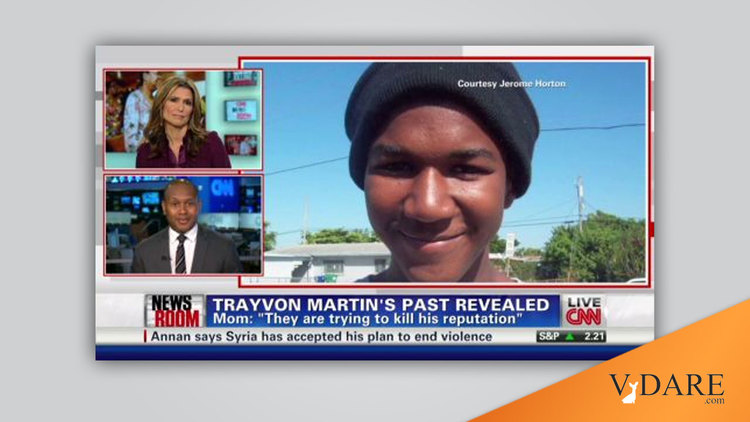 Why Did The Media Start Going Crazy In 2013?

The proliferation of prejudice words in the media began years earlier.

The 2010s were the decade of social media-led revolution. In the Arab world, Facebook helped to spread uprisings which overturned the old order, leading to success in Tunisia, failure in Egypt and tragedy in Syria.

In the US, social media has had almost as big an impact, with American progressive opinion undergoing a rapid shift from about 2013 – whereas the average conservative has changed very little.

It means that Americans on the Left now have self-declared views on race that are more pro-black and pro-immigrant than actual black Americans or immigrants, despite having generally quite ill-informed ideas about race.

Perhaps that’s related to the frequency they read about the issue, illustrated by a recent paper, which looks at media coverage of “prejudice related terms”. The study found the words “racist or sexist increasing in usage between 2010 and 2019 by 638% and 403% in The New York Times or 514% and 141% respectively in The Washington Post.” (This is a percentage of all words in those publications).

The paper also found that this process long predated Trump and that in 2014:

The paper, like Zach Goldberg’s work in similar areas, points to a seismic shift in American liberal opinion from about 2013, a change in worldview almost without precedent …

Trayvon Martin and the Obama Campaign’s opportunistic revival of feminism date to early 2012, but I first became convinced something big and crazy was happening in a couple of Taki’s Magazine columns in March 2013:

KKK is the New UFO

The KKKrazy Glue That Holds the Obama Coalition Together

Prejudice words are hugely effective at making political positions toxic if they successfully attach to them, and the strategy is probably aided by simple repetition (just as religions often use repetition to install an idea in people’s heads). Contrary to what we’d like to believe, shouting “racist” is a pretty effective argument.

Part of the cultural imbalance between Left and Right is due to the fact that the mind of the former is effectively vaccinated against conservative ideas; once anything has a prejudice word attached to it, the mind’s ideological immune system is able to dismiss it; it recognises it as something dangerous and malign, and probably Nazi, before shutting it down.