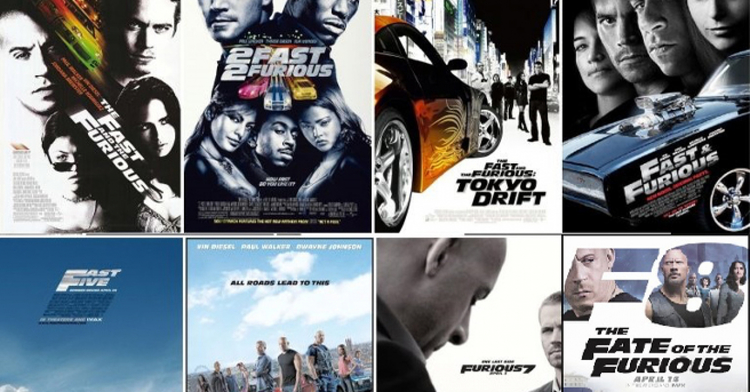 It does not dazzle with computerized special effects like “Transformers” or feature rising young stars like “The Hunger Games.” It lacks the cultural cachet of “Harry Potter.”

“We feel like underdogs most of the time,” said Vin Diesel, who leads the “Fast & Furious” cast.

What “Fast & Furious” does have — and it has gone largely unnoticed — is an astounding online following. Its Facebook page has 24.9 million “likes,” more than any active film series except “Avatar.” Mr. Diesel has 39 million Facebook fans; among actors, only Will Smith has more.

That kind of passion is making the next installment, “Fast & Furious 6,” one of the most anticipated movies of the summer. After an online promotional stunt coordinated by the studio to coincide with a Super Bowl ad, “Fast & Furious 6” is setting up one of the biggest box-office races of the year: Mr. Diesel and crew against “The Hangover Part III.”

But without Chris Dorner around to stand in-line to see "The Hangover Part III," it's just not going to be the same.

“We measured the various ways audiences talked about these films online, and ‘Fast 6’ blew everything else away,” said Ben Carlson, Fizziology’s president.

So, Brooks Barnes, NYT reporter, who are these people who like "Fast & Furious" movies? Enquiring minds want to know! I realize that you don't, personally, know any of them, but, surely, living as we do in the Age of Big Data, there must be information available to answer basic questions like: what are, say, their demographics?