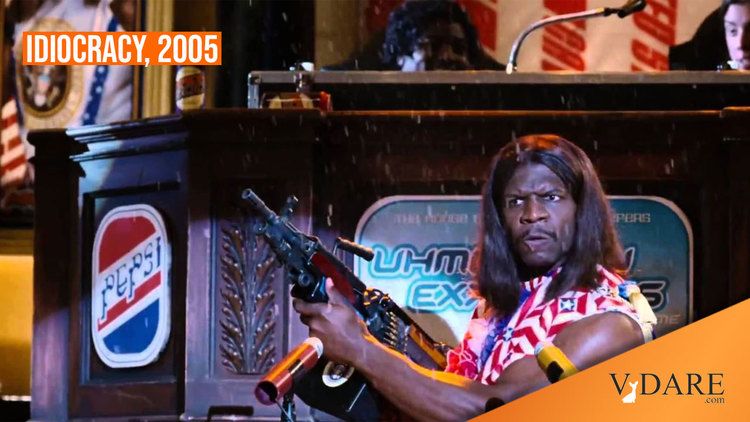 Who Foresaw A Woke Corporate Dystopia?

Who was the first writer or pundit to predict a Woke Corporate Oligarchy and when did they do it?

The team behind Demolition Man aren’t that well known:

There are probably other satires from the 1990s, which had a lot of political correctness in the early 1990s and pretty widespread revolt as the decade went on.

The short story Harrison Bergeron from 1961 by Kurt Vonnegut, has some of the elements we're seeing now

Good choice. But, if I recall, Vonnegut’s “Harrison Bergeron” is Woke Government Dystopia but not Woke Corporate Dystopia. I think Philip K. Dick more or less invented Corporate Dystopia, but didn’t much foresee the Woke aspect.

Paul Verhoeven (Robocop, Total Recall, Starship Troopers) should have done a dystopian Woke Corporate Oligarchy sci-fi movie, but I don’t believe he ever did.