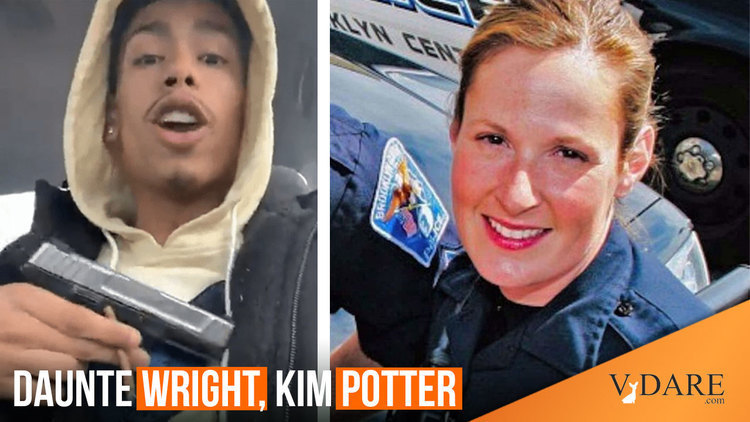 The Daily Mail did a nice piece of shoe-leather journalism on the reign of thug terror that constituted Daunte Wright’s 20 years on Earth: How Daunte Wright led a life of crime and violence before his death and shot his own friend in the head, broke into a neighbor's home, and robbed a woman at gunpoint, February 18, 2022.

In the post-George-Floyd hysteria, a white policewoman, while serving the public in a very dangerous job, is going to jail for *accidentally* shooting this black violent criminal. Everyone responsible for this prosecution and sentencing should be shamed. https://t.co/zSOGsbF5EP

I was struck by the fact that Daunte Wright seems to have escaped an attempted murder charge, a robbery charge and a burglary charge.

In looking at the family of Caleb Livingston, the attempted murder victim—who’s now a vegetable—I noted:  his mother, like Daunte Wright’s, is white. 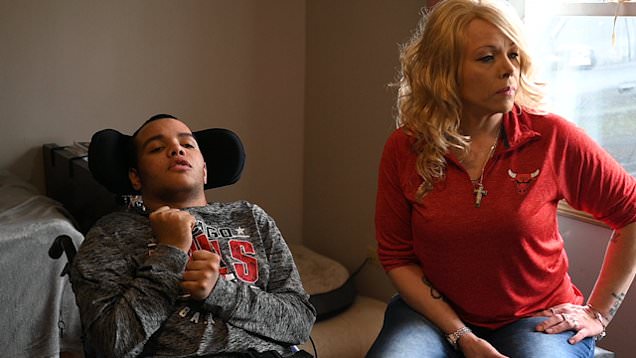 Wright’s father, of course, is black.

And going by the picture, I’m presuming Caleb Livingston’s father was black.

Katie Wright complained to the press that “white woman tears” led to a light sentence for the officer who mistakenly shot her son.

Some children of a black father and a white mother turn out OK—say, President of the United States.  But I see way more examples of Jennifer LeMay and Katie Wright than Ann Dunham.

It’s a social pattern that leads to such predictable ruin, but for a white parent to disapprove of their white daughter getting involved with a black male would be, like, the most racist thing ever.  Some white parents are probably excited at the prospect, because of the social credit to be accumulated.