White U.S. Navy Boatswain's Mate Stabbed in Colorado After Being Mistaken For "Neo-Nazi" 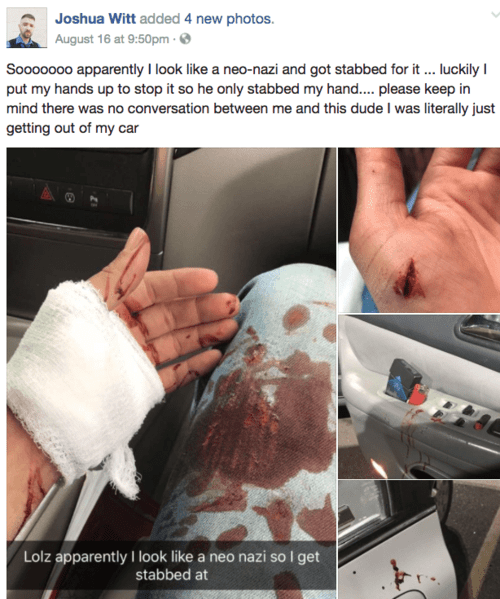 A U.S. Navy boatswain’s mate has posted on Facebook:

So I went to get a shake after the chiropractor and as I got out of my car all I hear is “you one of them neo-nazi?” As the dude was swinging a small pocket knife over my car door …. then he took off running and I was just sitting there in shock like what the heck dude

Keep in mind that I don’t have proof that this happened the way he said it did.

But it says a lot about America’s pre-eclipse lunacy over the racist evil spirit menace that it sounds plausible.

There are always a lot of crazy people in this world. But when highly respectable and influential people allow themselves to go nuts, the nuts can follow along.