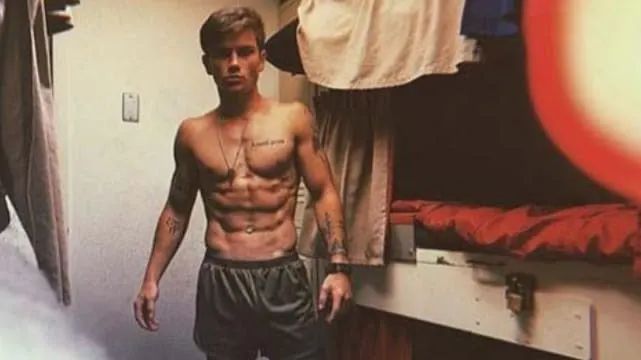 A 20-year-old sailor with a grudge against the U.S. Navy and a failed attempt at becoming a Navy SEAL under his belt is accused of setting an amphibious assault ship ablaze and singlehandedly costing the Navy $30 million in damage.

According to an NCIS search warrant affidavit obtained by The Daily Beast, Ryan Sawyer Mays aroused the suspicions of investigators almost immediately after the 40,000-ton USS Bonhomme Richard went up in flames on July 12, 2020, burning for nearly five days and leaving dozens injured while extinguishing the ferocious blaze.

Mays, whose identity has not previously been revealed …

Mays was identified by NCIS investigators after they interviewed some 177 sailors assigned to the Bonhomme Richard. One reported that he had seen a “light-skin male” in clean coveralls and a face mask carrying a metal bucket into the Lower V—the ship’s aft section—but didn’t recognize the person in question. But later, the sailor, named in the search warrant affidavit as Kenji Velasco, “did mention a sailor named Mays that ‘hates’ the U.S. Navy and the Fleet,” the filing states.

In further interviews, Velasco said he was “fairly sure” and “90% sure” he saw Mays descend into the Lower V before the fire broke out. He also noted that firefighting equipment in the area seemed to have been tampered with.

“Velasco further explained that in the hours and days after the fire, it had dawned on him that the individual who descended to the Lower V at 0805 on the day of the fire was Mays’s height and build, had fair hair that could be seen coming out from his cover, like Mays, sounded like Mays, and said, ‘I love deck,’ which is an expression Velasco knew Mays to say,” the affidavit states, ‘

Or maybe this guy is a dick with a chaotic personality whom everybody hates for good reasons, but may not, technically speaking, have done it.

and that a command master chief “identified Mays as a person who showed disdain towards authority and the U.S. Navy.”

Well, there you go. He showed disdain.

Just like “I love deck,” which I’ve never heard before, “I love the smell of napalm in the morning” is a wholly unique quote. Nobody who ever joined the military since 1979 has ever said that before. 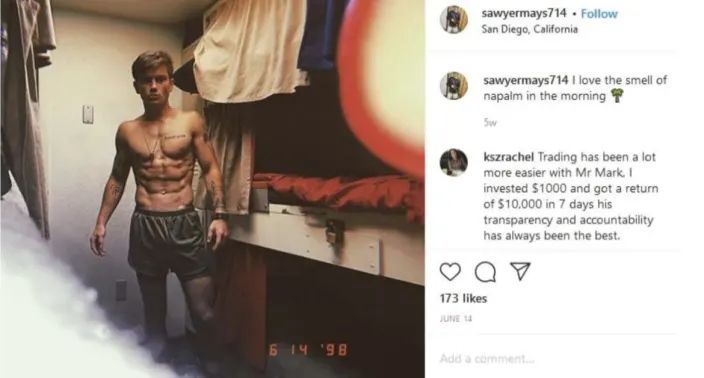 Or maybe Robert Duvall did it? His father was an admiral, so he may have personal issues concerning the Navy too.

The article doesn’t mention any history of this guy being a firebug. Some arsonists have solely functional reasons for starting a fire, like the insurance money, but I believe a fair number of arsonists who have self-interested motives also just have a Beavis-like fascination with fire.

… But five days after beginning SEAL training, Mays dropped out and was reassigned to the Bonhomme Richard as an “undesignated Seaman.”

“According to Navy leadership, the morale and behavior of sailors who had aspired to become a SEAL, and then find themselves serving in a more traditional role on a Navy ship, are frequently very challenging,” the affidavit states.

A commenter recently talked about how the Navy SEALs tend to attract kids soon out of high school with perhaps extravagant personalities, while the Army’s Delta Force tends to recruit among proven non-commissioned officers who prefer a low profile, which is why you have never heard of individual Delta Force operators but have heard constantly from ex-SEALs.

Mays told investigators he was willing to take a polygraph exam, after which he was arrested.

After he flunked the lie detector test or after he volunteered to take it?

Mays is said to have then incriminated himself in the presence of two Master-at-Arms designated sailors, who “heard Mays say (unasked) that he was guilty, seemingly talking to himself,” according to the warrant. He later denied ever making the comments

Apparently, they don’t have video.

, and denied involvement in the arson, claiming he was being “set up.”

And then the article recounts a convoluted story about Mays and a sailorette who may or may not have been pregnant by him or by somebody else. Mays looks like a character from Verhoeven’s Starship Troopers, and the general atmosphere onboard sounds rather reminiscent of that movie.

Now that I look at his picture more closely, he appears to be wearing thigh-high sheer stockings, which introduces a whole ‘nother aspect to this story.

Will the sailor claim to be a victim who is being persecuted for being transgender? It’s 2021, so, sure, why not?

It was not clear if that series of events was thought to have pushed Mays toward the alleged arson.

NCIS investigators seized Mays’ iPhone, searched his car and apartment, and swabbed his cheek for a DNA sample. So far, Mays’ DNA has not been a match for DNA found at the scene.

Does DNA left by arsonists tend to get destroyed by the blaze?

Anyway, let me point out once again that normalizing mask-wearing has made getting away with nefarious crimes like arson and carjacking a lot more feasible-sounding.