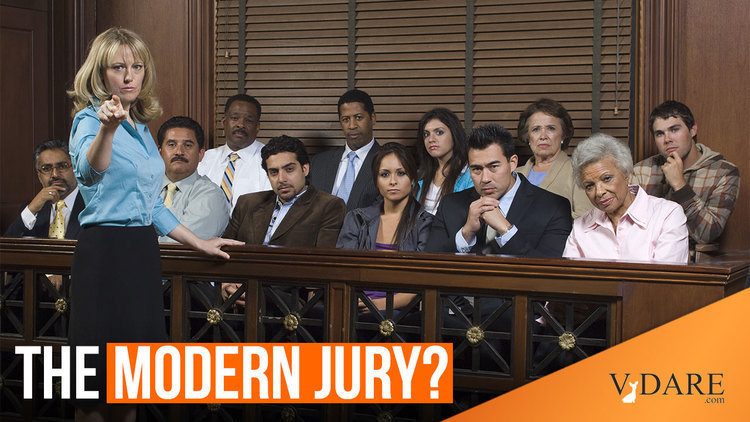 We already have the beginnings of a race-based justice system, where the presumption is that laws can only really be enforced against whites, whereas blacks and Hispanics are held to a lower standard.

Now, this is becoming part of the everyday legal process.

An Iowa judge has dismissed a 112-member jury pool after determining that a black man accused of murder couldn't get a fair trial when all but one potential juror is white...

Out of the 112 jury pool, 111 people had identified themselves as white. One juror identified himself as Native American.

Once you accept premises like white privilege and the insidious nature of institutional racism, why should you believe any whites should sit in judgment over blacks? In fact, why should blacks be subject to laws by whites, or even with white input? They obviously aren't fair.

This isn't "crazy." This is the logical outgrowth of what we are told to believe.