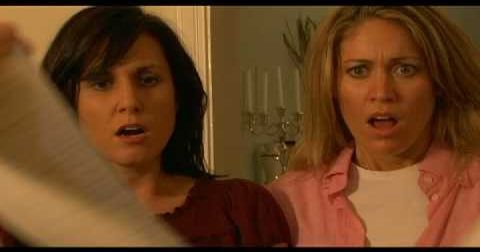 Gay marriage types in California put up a Youtube videos in which Mormon missionaries do a home invasion of an extremely straight-looking lesbian couple, steal their wedding rings, rip up their marriage license, and generally make nuisances of themselves. (The point is that the Mormons gave 20 million dollars to the Proposition 8 campaign  to prevent gay marriage.) Aside from the religious question, you don't usually see white home invaders. Mormons are extremely white.


It turns out that if Proposition 8 succeeds, it will be blacks in California who put it over the top—this is from NRO's Corner blog:

In California, it looks like Prop 8 has a good chance of passing.  With 92 percent of precincts reporting, the gay marriage ban is winning 52 percent to 48 percent.  And if it does pass, it will be because of black and, to a lesser extent, Latino voters.

According to exit polls, whites opposed the amendment 53-47.  But blacks supported it 70-30, and Latinos supported it 51-49.  The polls have blacks at 10 percent of the electorate for this issue, with Latinos at 19 percent and whites at 63 percent.  (Asians, at six percent, opposed the proposition 53-47.)

That's California demographics for you. Based on this, could gays have crafted a more effective ad, with more realistic home invaders? It worked for Lee Atwater!