As if to underscore the point I’ve been making about the riots in Baltimore — that blacks riot because they are violent — another group of “teens” has smashed the face of another white man for no reason.

Well, maybe there was one reason. It looks like he “dissed” them when he tried to stop a fight. “Dissing” is a common excuse for a sudden outburst of black violence.

Video shows the attack, but you don’t need to see it to know what color the main assailant is. You just need to see the name: Antoine Lawson.

Here’s the nut of the story from the CBS affiliate in Charm City: 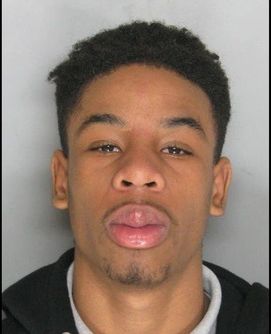 Horrifying cell phone video shows a group of teens surrounding 61-year-old Richard Fletcher, kicking and hitting him again and again until he drops to the ground.

Investigators say Fletcher saw two girls fighting on top of his car. When he went outside to ask them to stop, dozens of teens turned on him.

“He wasn’t trying to intervene in their disagreement. He just wanted them to stop fighting and move away from his car,” said Cpl. Wachter.

Now 17-year-old Antoine Lawson is charged as an adult with attempted murder. A 15-year-old girl also faces assault charges, and more arrests are expected.[Dundalk Man Violently Beaten By Group Of Teens, May 8, 2015]