Where Juneteenth Came From All Of A Sudden: "For Juneteenth To Live, Columbus Day Had To Die"

iSteve commenter Altai does a deep dive into the hyping of Juneteenth:

With Juneteenth having come from nowhere are being positioned as ‘black 4th of July’ … I know Steve likes Google trends.

Juneteenth started to spike in 2018. Before that it was a very obscure event that centred on the region around Galveston. It still has the highest search terms in Texas.

It looks like it was the episode of Black-ish (Titled ‘Juneteenth’) that aired in October of 2017 that set things off. As with Steve’s greater premise of the mixed-race supplying most of the rage, the series is stars and seems to have it’s writing significantly influenced by Tracee Ellis Ross (Much like it’s sister series The Goldbergs, all the characters will sometimes break character and speak in an odd kind of house style and the house style on Black-ish sounds like Tracee Ellis Ross), the daughter of Diana Ross and her Jewish producer Robert Silberstein. (Where the title comes from. Even within the first 30 seconds of the episode, her resentful mother-in-law casually calls her a ‘Halfrican’)

The episode is very interesting to watch in 2020.

You can view the whole episode here: 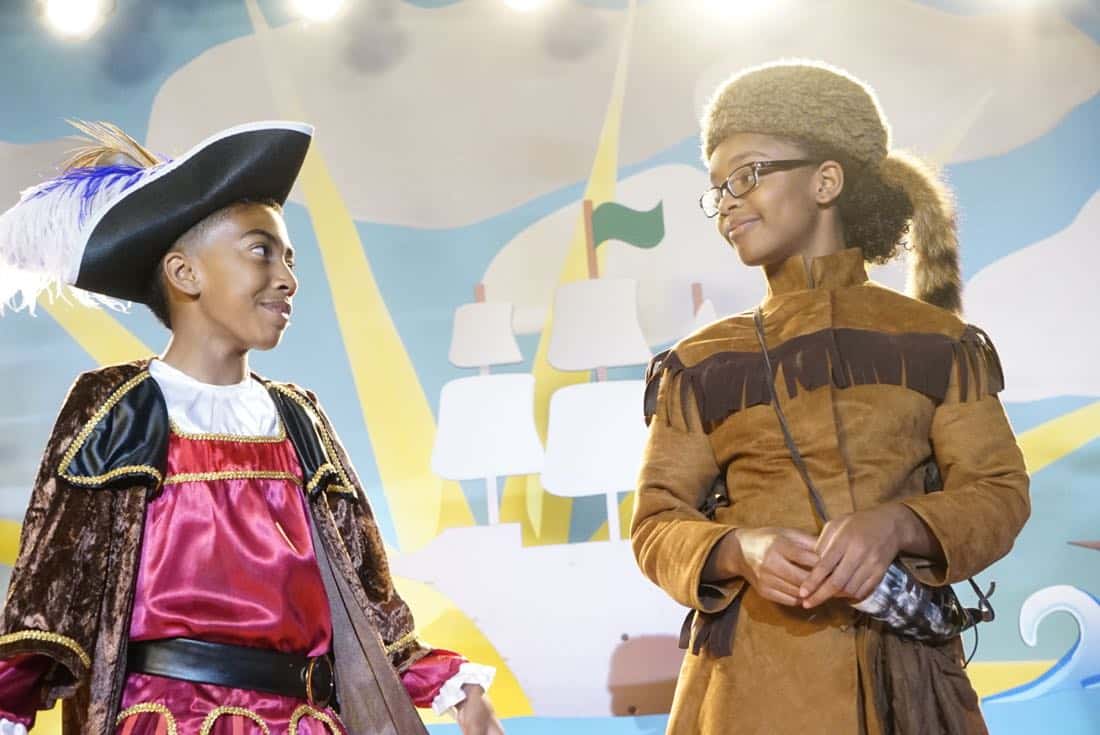 It actually involves the main character who is an adman trying to come up with a marketing campaign for Juneteenth. Starts with the children acting in a strawman Columbus Day play that depicts him getting along with the natives just fine, organised by the nice white lady teacher who wants to be a good ally but, of course, fundamentally can’t by virtue of her whiteness (And who must be condescended to despite good intentions) and inexplicably doesn’t understand why it’d be offensive to anyone to depict Columbus in this way. There is a cutaway Hamilton-esque stunning and brave deconstruction of Columbus as if we didn’t already know these things about Columbus. As if white America was celebrating Columbus enslaving the population of Hispaniola. As if white America outside some Italians was ever really celebrating Columbus Day at all. It then also features a cutaway musical section. (Could a Juneteenth musical do better than Hamilton?)

It also contains this line ‘I realised that for Juneteenth to live, Columbus Day had to die’. Like an echo of things to come 2.5 years later. But I like how they don’t even touch on it how the KKK and the woke both opposed the statues of Columbus like the one in Virginia that got destroyed that the KKK opposed 100 years prior. The lines about Columbus, including him having never set foot in what is now the US are exactly the reasons presented by WASPs and Irish-Americans in opposing to Columbus statues that were obviously just ethnic totems for Italian-Americans.

There are plenty of other lines that are Sailerific or amusing to read in 2020.

The white coworkers complain that MLK day and black history month are times to celebrate blacks.

Guy from the ‘FBI open up’ meme, hereafter referred to as ‘Dre’: ‘Juneteenth is a 150 year old tradition that no one’s heard about, not even my black kids’

There’s a scene where the white characters suggest this is just a phase like him wearing kente cloth. (Visions of the House Democratic leadership borrowing the kente cloth of the CBC and getting hammered by every side for being cringe.)

Haven Monahan: ‘Are you talking about looting?’

Dre: ‘The truth is, we don’t have anything that celebrates the end of slavery’

Dre: ‘This is insane. You don’t tell white people or Jewish people that they only deserve one holiday.’

Haven Monahan’s nerdy friend: ‘Well, half that statement is true. *Chuckles*’ (Never forget blacks and Jews are on the same side viewer! In what America do Jews only have one holiday recognised?)

The other half of the episode also features a cringy cutaway musical set in Galveston just prior to Juneteenth which contains the weird, actually quite anti-Marxist talking points that African-Americans ‘built America’ when in fact chattel slavery was a good way for some men to amass wealth but ultimately retarded the growth and development of industry and was not indispensable to the US economy as the Civil War and ending of slavery demonstrated. It certainly didn’t pay for the skyscrapers of Manhattan. It’s odd that no economist had this notion occur to them despite them often being very sympathetic to the civil rights movement and black Americans social and economic marginalisation.

Dre (Musical): ‘It’s time to vote for me, take part in this democracy’

Tracee Ellis Ross (Musical): ‘Tear them freedom papers up please cause we don’t need to show no IDs’

Will Smith’s sassy aunt (Musical): ‘No, sorry our Hebrew brothers get credit for that!’ – This really stands out as jarring, particularly given the line mentioning Jews before. It isn’t historically controversial to say there is no evidence that the Israelites were enslaved to build the pyramids and the consensus today is that the builders weren’t slaves at all or if, the slaves were few in number. Nor is there any evidence that ancient Israelites were the builders, slave or no. Did I mention Tracee Ellis Ross has a Jewish father?

Dre: ‘This is what America always does, we think if we don’t acknowledge something it didn’t happen. Sure Columbus’ men chopped people’s hands off and made them wear them around their neck. But sure, let’s not talk about that, because that happened so long ago’

Well, it did happen a long time ago and in a place that isn’t the US. Columbus Day was invented by Italian Americans to do the ‘we built America’ bit he himself is doing. It doesn’t mean anything to non-Italian Americans and his crimes aren’t a blood guilt that can be reasonably applied to white America. And he was censured in his own time for them. What is he asking for? Essentially the character wants self-determination and independence but we don’t have a defined homeland for African Americans and to say so isn’t seen as PC.

Tracee Ellis Ross: ‘Juneteenth? When did Juneteenth become important to you Dre, you don’t even celebrate Kwanzaa’

Dre: ‘That’s because they make us feel like it’s whack. They make us feel like all of our stuff is whack ‘ – Yes, black music, culture and fashion has never been influential. Maybe they just think Kwanza is a weird attempt to create a ‘black Christmas’ and find it silly. Because it is.

Morpheus: ‘Kwanza is whack! I know the guy who invented Kwanza, owes me $35.’

Dre: ‘Pops, think about it. Kwanza is no crazier than Christmas.’

The whole thing is very eerie to watch in 2020. The whole conflating of Columbus with slavery in the US is weird. (Outside just being anti-white and seeing Columbus as the start of ‘white America’.)

Just that line ‘I realised that for Juneteenth to live, Columbus day had to die’.