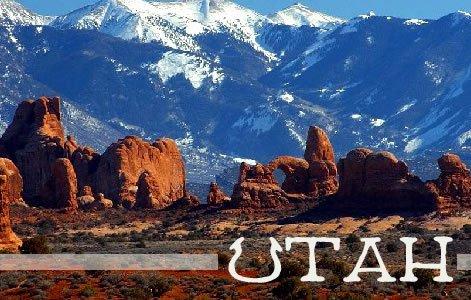 Where Is "America's Most Egalitarian Zip Code?" I wasn’t all that aware that Newsweek is back in business, but here is a cover story from Newsweek:

As Wealth Inequality Soars, One City Shows the Way BY LEAH MCGRATH GOODMAN / SEPTEMBER 24, 2015 6:20 AM EDT

My readers probably won’t have too much trouble guessing which state America’s most egalitarian city is in, although the city name is more obscure.

I have to confess to having barely heard of the place over the years.

I flew over it at night recently and was surprised by how many square miles of lights there are. My first assumption was it had to be its more famous urban neighbor 35 miles to the south.

I really liked the 2011 book Homesickness: An American History by Susan J. Matt, a professor at Weber State in this town, but I recall being unsure where in this famously egalitarian state this city is.

Today, Ogden [in Utah], with a population of roughly 86,000, boasts a distinction that has put it on the national radar: At a time when the United States—along with much of the rest of the world—is grappling with the pernicious effects of ever-widening wealth inequality, Ogden has become an unlikely beacon of egalitarianism. The city, together with its neighboring communities, has the narrowest wealth gap among America’s largest metropolitan statistical areas, according to the U.S. Census Bureau’s five-year American Community Survey. …

For the purposes of this article, Newsweek looked at the latest wealth data from the U.S. Census Bureau’s five-year American Community Survey for major metro areas with surrounding communities of at least 300,000 residents. The widest wealth gap in America, according to that data, can be found in three Connecticut cities: Bridgeport, Stamford and Norwalk—known as American hedge fund country for the crush of millionaires and billionaires settled in their environs, many of whom work in nearby Greenwich. Second place for widest wealth gap was Naples, Florida, which included the upscale Immokalee-Marco Island. The third covered the combined area of New York City plus Newark and Jersey City, New Jersey. The most unequal places tend to be either Rio Grande Valley combinations of First World and Third World lifestyles, or highly diverse places where some people can get extremely rich, such as New York, Miami, and Los Angeles.

In contrast, the most equal places tend to be where there aren’t that many poor people, but it’s hard to get rich, and even the local rich don’t stick around. (You might think that Honolulu would accumulate rich people, but it doesn’t seem to work that way.)

Reading the Newsweek article, which attempts to portray Ogden as a happening opportunity for gentrification (the Golden Spike and all that), it’s a little hard to keep in mind that what the statistics are actually talking about is the sprawling Ogden-Clearfield metropolitan statistical area. This exurban sprawl has a population of 550,000, but it’s hard to find other Census statistics about it.

The city of Ogden, which Newsweek focuses upon, has a population of 84,000, with most of its statistics below the Utah average: home ownership is 55% compared to 70% in Utah as a whole, and the median home price $131k v. $212k for Utah’s average. The median household income is about 70% of the state’s. The poverty rate is almost twice as high. So Ogden is kind of dire, but the other 5/6ths of the MSA are affordable family formationville.

The next biggest towns in the MSA are Layton, the poetically-named Bountiful, and Roy.

The majority of the population in the MSA is Davis County (biggest town is Layton), which is more prosperous than the city of Ogden: the average home price is $223,000, the poverty rate is low, and the median income is $10k over Utah as a whole.

So Ogden-Clearfield’s secret sauce is diversity!

You know, when you put it that way, things suddenly become a little clearer.

But Newsweek doesn’t quite get it:

Ogden does not simply have the narrowest wealth gap; this middle-class oasis also offers many residents higher wages and a lower cost of living than the national average, with some of the lowest unemployment and best job growth numbers in the country. It’s the type of place most Americans had assumed disappeared in a cloud of cynicism somewhere between Studio 54 and Reaganomics.

Well, okay, except that Mormons tend to try to mold their communities to be like 1950s America. Back in 2008 I wrote:

The mainstream Mormon organization in Utah today seem more like a mutual self-help society, sort of a private enterprise Sweden. If you agree to play by their rules, follow their cultural norms, and pay a lot of taxes, excuse me, donations, they’ll round down some of the sharp, competitive corners of modern life for you. The intense and expensive efforts modern Americans make to “insulate, insulate, insulate” their families (as Sherman McCoy’s best friend tells him people who want to raise children in Manhattan must do) are sort of taken care of for you by the Mormon church.

Of course, that’s why Mormons are so Republican — they’ve built themselves a private welfare state, without most of the moral hazard that goes with government welfare states.

Not surprisingly, Ogden-Clearfield has the second biggest gender gap in the country for income, behind only culturally similar Provo-Orem: