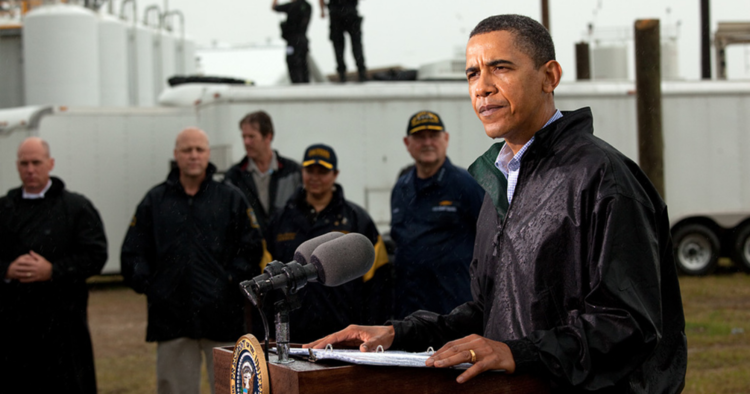 What Should Obama Do About The Oil Spill?

Personally, I think he should put on fins, a diving mask, and a snorkel and swim out and see if he can fix it.

I mean, that sounds about as likely to work as anything else Obama is qualified to do. It's not just that he doesn't know anything about the subject, but he doesn't know anybody who knows anything either. Who's he going to call up whom he knows is likely to give him good advice on deep sea oil drilling? Martha Minow? Elena Kagan? Jeremiah Wright? Laurence Tribe? Bill Ayers? Cass Sunstein? David Axelrod? Emil Jones?

If we are going to expect Presidents to know things, or at least know people who know things, we should probably worry about that before the election.