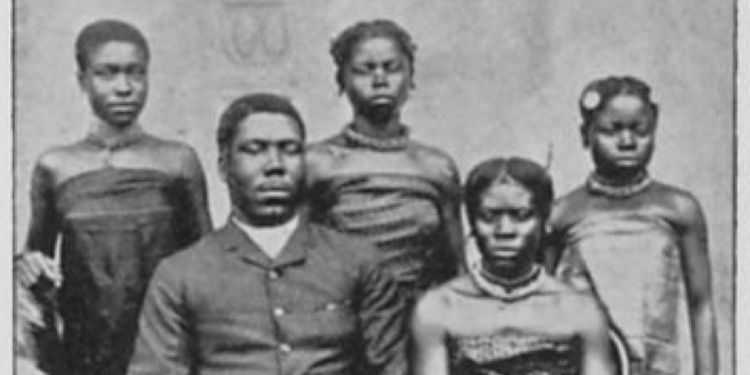 What's Next? Acceptance of Polygamy Growing on Left

Back in May 2013, I correctly made the call that transgenderism would be the Next Big Thing that the respectable establishment was gearing up to push hard in the wake of gay marriage.

Many others had suggested polygamy or sex with children as Next, but I was skeptical.

I am starting to see how polygamy could line up with today’s most sacred values: immigration, blackness, Think-of-The-Childrenism, refugees, anti-Christianism, etc.

In an annual Gallup Poll, the percentage of respondents saying polygamy was “morally acceptable” has grown from single digits up through 2010 to 18% in 2019.

Among conservatives, approval of polygamy is 10% and among liberals it is 26%.

From a 2017 article by Andrew Dugan of Gallup:

Though polygamous societies often justify their lifestyle on religious grounds, it is Americans who do not identify with any religion who are most accepting of the practice. Between 2011 and 2017, 32% of Americans who do not associate with a particular religion or have no religion at all said polygamy was “morally acceptable.” This follows the general tendency for those who are less religious to be more liberal on social issues.

Americans who identify with a Christian religion are less likely than the overall sample average to find polygamy morally tolerable.

This includes Mormons. Gallup’s sample between 2011 and 2017 includes 167 Americans who identify their religion as Mormon or Latter-day Saints. This small sample size invokes the need for caution in interpretation given the wide margin of error associated with it, but it is notable that the 12% of Mormons who find polygamy morally acceptable is roughly the same as the figure for Protestants/other Christians (9%) and Catholics (10%).

Somebody on Twitter sent me the following graph showing that young liberals are increasingly pro-polygamy, but neither of us has been able to track down the source, so take it for what it’s worth. However, it does look consistent with the Gallup results:

I could imagine in a few years reading a slew of articles about how outdated anti-polygamy laws are ripping apart African refugee families.

Imagine that in some black African country in 2020s, the president is a Christian evangelical who decrees a ban on polygamy. (With about 40 such countries, the odds are high.) The Warren Administration and the New York Times begin a coordinated campaign about the persecution of the poor polygamists in Matabeleland or wherever by the hateful Evangelicals, and how we must let in refugees from Christian Fundamentalism.

But then, how can these poor black refugees find sanctuary in America when polygamy is outlawed? Their plight is making the Statue of Liberty cry. So, our outmoded laws must be changed to stop Ripping Apart Vulnerable Families. Justice Ginsburg writes in her majority opinion:

Laws against polygamy were passed in the pre-1960s by bigoted Protestants, so they are prima facie unconstitutional and … still processing … please reboot my cyborg brain implant.

ChristophobiaDiversity Is Strength
<< Previous
Next >>
LATEST