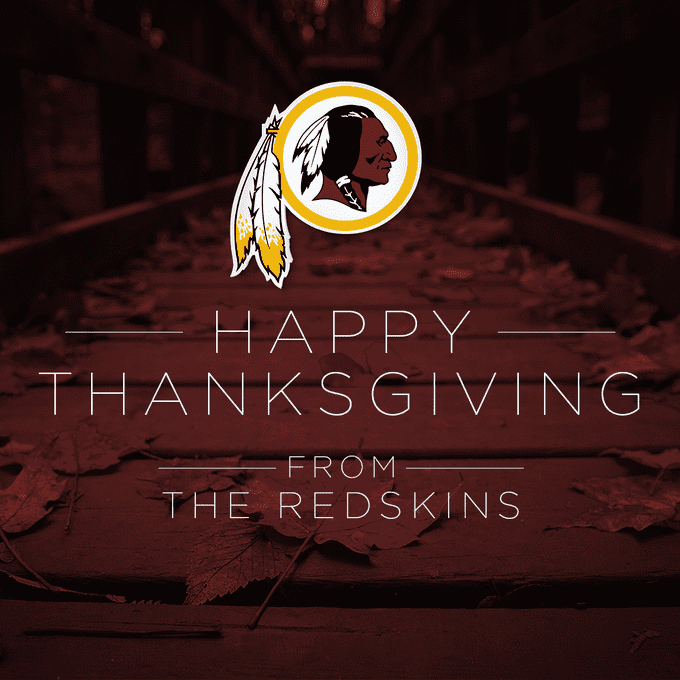 From our family to yours, have a very safe and Happy #Thanksgiving. #HappyThanksgiving #HTTR pic.twitter.com/TZ0fBzbEm2

Apropos of James Fulford's meditation on the War Thanksgiving and The New Yorker's Redskins cover, the team's Happy Thanksgiving tweet, The Washington Post reports, has inspired a Two-Minutes Hate.

Also, many Native Americans don’t celebrate Thanksgiving and are deeply pained by its origins. On Thursday, the 45th annual National Day of Mourning was held in New England. Organizers told the Associated Press that to them Plymouth Rock represents “nothing more than a monument to racism and genocide.”

Commenters want to see proof of this claim.

Any data at all to back this up. As someone who lived in a predominantly Native community, I never saw any evidence of families boycotting this holiday.