Hearing the phrase “cancelled funding” from Washington is a rare treat, and particularly so when the boondoggle is a foreign project of immense waste based on a hopeless do-gooder fantasy.

Below, the cast of Pakistan’s version of Sesame Street, financed by the US taxpayer. 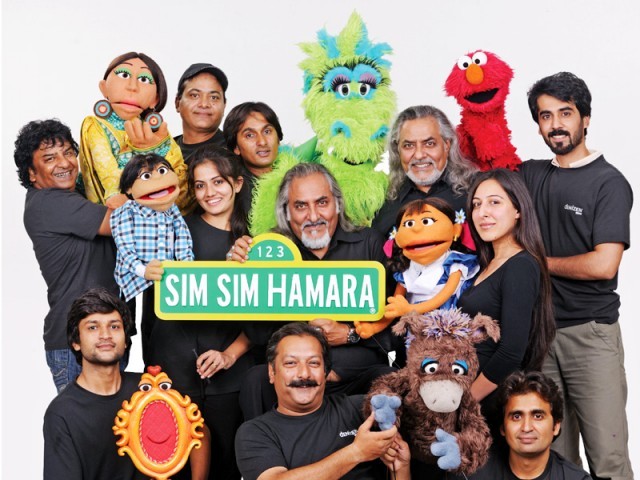 The idea: spend a pile of American money to produce a Sesame Street knock-off for the Pakistani kid population which Washington would like to sway from traditional Muslim violence to embrace “tolerance” — that’s a code word to indicate no jihadist beheading of muppets would occur on the show.

First, it’s a pipe dream to think that some cutesy muppets will derail the Islamic indoctrination of children, which is among the most effective systems of propaganda on earth with its madrassas and five-times-daily prayers to Allah.

Plus, $20 million in taxpayer funds for producing a couple years of puppet shows in Pakistan??

“The fact that Washington ever thought funding foreign puppets was a legitimate role for the federal government speaks volumes about why our debt is out of control.”

But what sunk the program was not appalling cultural ignorance or cost to the American taxpayer, but plain old-fashioned Pakistani corruption. What a surprise.

The United States has cancelled funding for Pakistan’s version of the children’s television series “Sesame Street,” saying on Tuesday it had received credible allegations of fraud and corruption in the production of the popular Muppet program.

State Department spokesman Mark Toner said the U.S. Agency for International Development (USAID), which had contracted with Pakistan’s Rafi Peer Theatre Workshop to produce the local version of “Sesame Street,” had been notified of the corruption charges through an anti-fraud hotline.

“We did launch an investigation into the allegations. We also sent the theater workshop a letter that terminates the project agreement,” Toner told a news briefing.

“No one is questioning, obviously, the value and positive impact of this kind of programming for children. But this is about allegations of corruption,” he said.

The U.S. decision to cancel funding for the program comes amid unrelenting tension between Islamabad and Washington, which are locked in a cycle of deepening mistrust over U.S. drone strikes, Pakistan’s closure of NATO supply lines into Afghanistan and other disputes.

Toner said USAID had originally allocated $20 million to produce the show — which premiered in late 2011 and is known as “Sim Sim Hamara” in Pakistan — and that about $6.7 million of this had already been spent.

The rest of the money has been terminated even though the investigation is still under way, Toner said.

“We deemed that the allegations were serious enough that we wanted to suspend or cut off the program until we were able to complete this investigation because we take misuse and misspending of U.S. taxpayer dollars very seriously,” he said.

“SURPRISED AND DISMAYED”
Sesame Workshop, the non-profit that has brought “Sesame Street” and other children’s programs to more than 150 countries around the world, said it was “surprised and dismayed” by the allegations against the Rafi Peer Theater Workshop.

“We trust that the facts will be fairly and fully assessed, and we will wait for the full report,” Sesame Workshop said in a statement on its web site.

“It is our hope that the achievements of Sim Sim Hamara, and the gains we have made in the lives of children in Pakistan, will carry on.”

“Sim Sim Hamara” has aired weekly on Pakistan television in Urdu along with editions in four additional languages for regional broadcast. The project has also involved radio episodes, school fairs, and puppet shows and mobile screenings around the country, according to Sesame Workshop.

Sesame Workshop says the program was envisioned as an important educational tool for a country which has some 65 million children under the age of 15.

Faizaan Peerzada of Pakistan Children’s Television, which was tasked with implementing the “Sim Sim Hamara” project, said the USAID portion had been due to end in September.

“After this, Rafi Peer will continue to run it with its own resources. And the spiced up story is a lie,” Peerzada told Reuters, referring to reports of the corruption allegations.

The Rafi Peer Theatre Workshop, in its own statement, said the joint project was drawing to a close “with mutual consent” and that it was confident it could find alternate sources of funding to keep the program running.

Pakistan is not the only place where the Muppets have run into trouble. The Palestinian version of “Sesame Street” was hit this year after the U.S. Congress froze USAID assistance programs to the Palestinians following their unilateral efforts to gain admission to the United Nations.