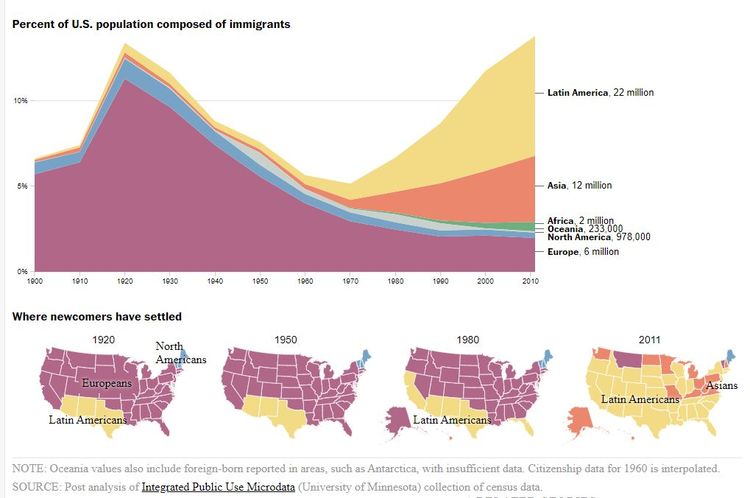 H/T the suspiciously sumptuous Treason Lobby/Conquistador Division website Reform Immigration FOR America for drawing my attention to the beautiful interactive graphic posting The state of U.S. immigration By Emily Chow and Dan Keating, May 20, 2013 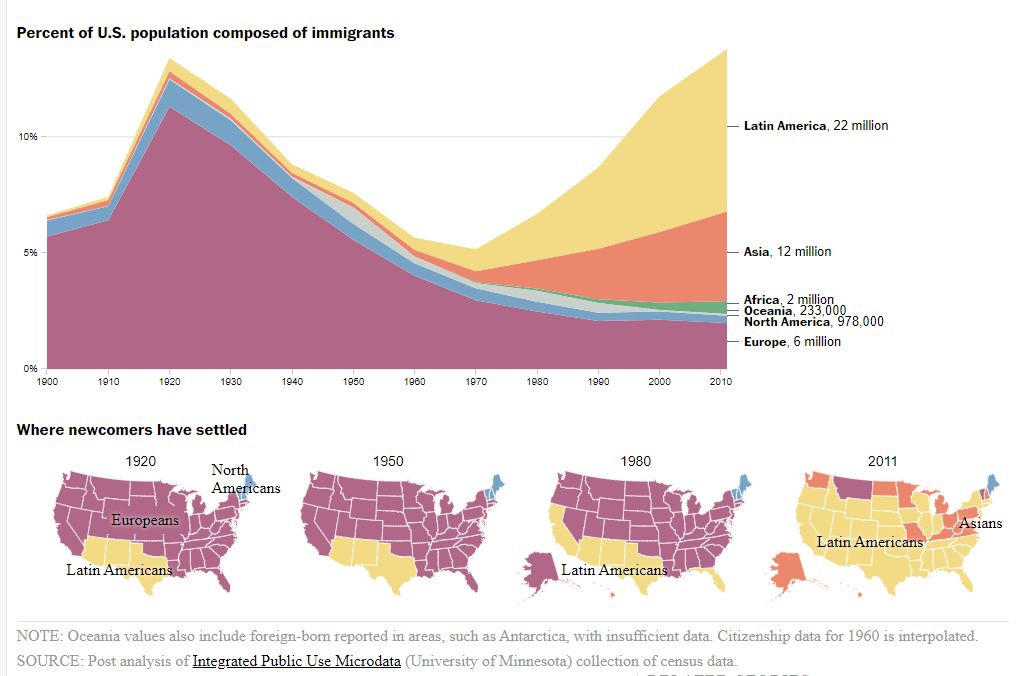 The extremely sophisticated interactive chart can't be reproduced here. Click on the headline or the picture to go to the  Washington Post version. It is as vivid a demonstration as one could wish that the historic American nation is simply being swamped by alien invaders.

Founded by colonists, settlers and pioneers, the United States has always defined itself as a land of immigrants.

This is unhistorical nonsense of course although a convenient lie. But I suppose it is what is indoctrinated in the schools and elsewhere.

Fundamentally the 2013 Amnesty/Immigration Acceleration bill is about ethnic conquest.