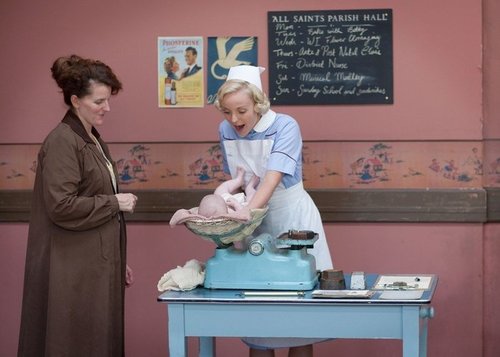 WaPo: "Born That Way? ‘Scientific’ Racism Is Creeping Back Into Our Thinking. Here’s What to Watch Out for."

As we all know liberal-progressive ideology is strongly pro-Science! Except when it’s not …

Born that way? ‘Scientific’ racism is creeping back into our thinking. Here’s what to watch out for.

This month, Jennifer Cramblett lost her “wrongful birth” lawsuit, which centered on a troubling ideology that has been creeping into mainstream discussions in ways not seen in decades. Cramblett claimed that the sperm used to inseminate her came from the wrong donor, leading to a biracial child, which she had not wanted. Her lawsuit claimed that this mix-up in the lab caused her and her family personal injuries of various kinds.

This lawsuit was shadowed by a troubling logic: the idea that race is a biological reality with particular traits and behaviors that can be avoided through proper breeding practices. In doing so, Cramblett’s claims echoed arguments made in a darker era of global history of “scientific” racism.

Volkswagen’s lawyers ought to study this precedent so they can better craft their defense against customer lawsuits. Maybe something along the lines of: “The concepts of ‘emissions’ and ‘defeat devices’ are just social constructs. So, nyah-nyah-nyah.” Or “Well, sure, car buyers of America, we failed to deliver to you what we told you you were paying for, but … considering America’s long history of racism, how do you know you weren’t just only getting what you deserve? Huh? Huh?”

Here’s how the argument goes. Some people are born with outstanding talents, easily mastering basketball, mathematics, languages or piano, if given the right environment in which to grow. What biologist or social scientist could argue with that? But alongside that genetic understanding, an old and pernicious assumption has crept back into the American conversation, in which aptitudes are supposedly inherited by race: certain peoples are thought to have rhythm, or intellect, or speed or charm. That’s a fast track toward the old 19th- and early 20th-century problem of “scientific” racism. …

In the recent issue of the Annals of the American Academy of Political and Social Science, we invited experts in anthropology, evolutionary biology, government, law, medicine, public policy and sociology to examine the return of racial essentialism and biological determinism. Those are separate but related. Racial essentialism is the concept that people of different racial and ethnic groups possess specific traits and behaviors unique to their group. Biological determinism is the belief that race is a genetic reality that regulates how we behave.

Two of the studies included in the volume look at how misguided beliefs in genetically distinct races with differing capabilities underlie our everyday conversations about race and inequality.

The first study, “A Level Playing Field? Media Constructions of Athletics, Genetics, and Race,” examines news media coverage implying that genetic differences lead particular racial groups to succeed more often at sports, and focuses on how that belief shows up within journalism. Collaborating with University of Connecticut doctoral student Devon Goss, Matthew W. Hughey researched nearly 24,000 English-language newspaper articles across the globe from 2003-2014. Among the articles that discussed race, genetics and athletics, Hughey and Goss found that nearly 55 percent of these media narratives uncritically parroted and perpetuated the belief that African-descended groups excel in athletics, such as sprinting, because of genetic racial differences — despite the research debunking that belief.

For instance, in the wake of the 2012 Olympics, nearly one-third of the news articles that evoked race, genetics and athletics posited that African American and West Indian sprinters are fastest because they descend from testosterone-heavy ancestors who survived the brutal conditions of transatlantic slave trade—a belief that found resonance and widespread acceptance in a BBC-produced documentary entitled, “Survival of the Fastest.” But there is no gene or allele for “speed,” and no direct link between testosterone and speed (while sprinters may have high testosterone, not all high-testosterone people can sprint).

… Recent controversies illustrate how such beliefs about race, difference and inequality can influence discussions of societal development and policies. A highly-praised volume by journalist Nicholas Wade, “A Troublesome Inheritance,” posited that recent genetic and genomic research suggests that Africa’s underdevelopment was a result of genetic inferiority of the communities on the continent, eschewing the devastating effects of colonialism.

The whole thing (there’s much more) is quite an enjoyable read in a fish-in-a-barrel sort of way.
[Comment at Unz.com.]