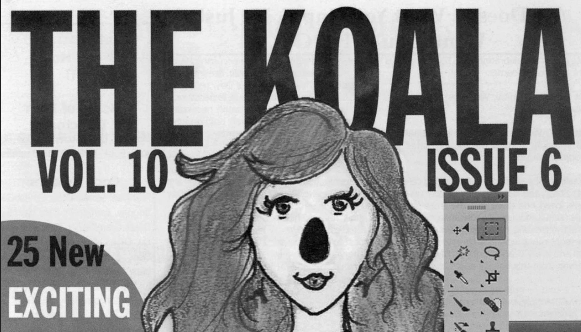 Yesterday in "Who, Whom, Humor," I mentioned an NYT article about a commuter college humor newspaper written by undergrads, the San Diego State Koala. Here's the "most recommended" of the Reader's Pick comments:

The fact that the writers of the Koala will not print their own names on the byline suggests that all involved with the publication realize that the articles are sufficiently offensive that they might negatively affect future job prospects. If people wish to limit the scope of the Koala a simple strategy would be to provide the social feedback that the writers fear: set up a webpage linking their names to the articles. Free speech is protected by the Constitution, as it should be. Anonymity is not.

I really think we need some in-depth research into what kind of person wants to ruin the lifelong careers of teenagers by making sure their Permanent Records highlight any and all youthful indiscretions against the current and future rules of political correctness.

Were there always huge numbers of people like this out there before social media came along? Or does the new digital technology excite them and exacerbate their worse tendencies? Did the Obama 2012 campaign intentionally encourage them?

It would be a pretty easy experiment for psych professors to survey students to see who thinks it's a great idea to join the Volunteer Auxiliary Thought Police. What are their demographics? Why are they so hate-filled toward people who get more fun out of life?

The Clash's 1979 song "Clampdown" gives us a pretty persuasive picture of the kind of guy who would bully political dissidents for a paycheck, a cool uniform, and the enjoyment of humiliating somebody face to face:

They put up a poster saying we earn more than you!

When we're working for the clampdown ...

You grow up and you calm down

You're working for the clampdown

You start wearing the blue and brown

You're working for the clampdown

So you got someone to boss around

It makes you feel big now

You drift until you brutalize

You made your first kill now

But the Liz in Chicago types have somewhat different motivations. They deserve careful study.