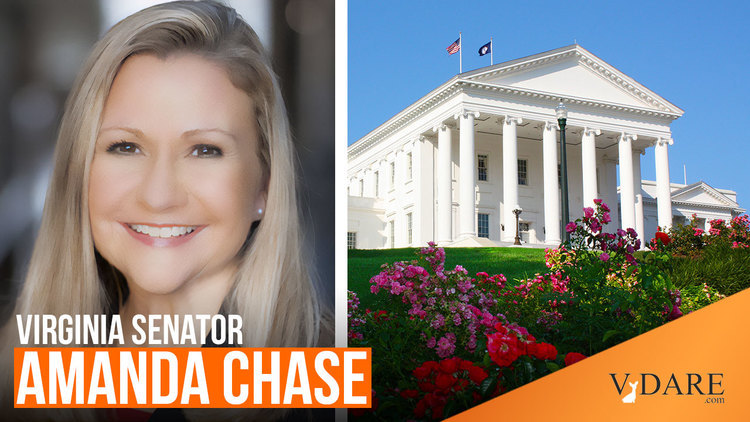 So, I voted for Amanda Chase this morning in Loudoun County, Virginia. I was one of a reported 52,000 delegates who registered to vote for the Republican candidate for governor this year. The winner will be known in a few days and will almost certainly face former Virginia Governor Terry McAuliffe, in the general election in November.

As I noted in a March VDARE article, the move from a primary to a convention was to prevent “Trump in heels,” Amanda Chase, from winning the Republican nomination. The fact that there is ranked-choice voting, meaning points are given for second, third and other place votes, indicates that the state GOP is hoping for a Youngkin or Snyder to eventually be nominated, even if Chase wins the most first place votes.

Once the final election results are known, I will write a more detailed article on what they portend for politics in both Virginia and the U.S. going forward. But a few brief notes: