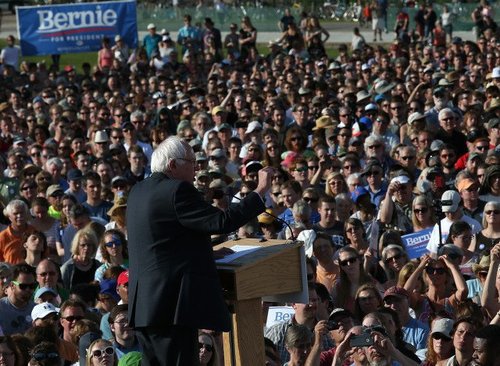 The socialist campaigning for President, Bernie Sanders, recently squirmed in liberal guilt over the issue of slavery in America. “As a nation, we have got to apologize for slavery” he said in a radio interview.

Slavery was an evil institution, no doubt about it. But it was not confined to America, as Bernie implied.

“As a nation — I don’t think as a president, but as a nation — we have got to apologize for slavery,” the 2016 Democratic presidential contender told host Joe Madison on Sirius XM’s “The Black Eagle.”

“As a nation we have got to apologize for slavery, and of course the president is the leader of the nation,” he added.

Sanders said that slavery had caused too much suffering to remain unaddressed.

“Obviously nobody in this generation was involved in slavery,” Sanders said.

“But as a nation, slavery is one of the abominations that our country has experienced,” he continued. “There is no excuse — what can we say about it?” (Continues) 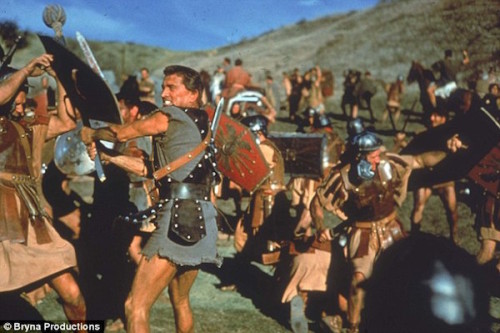 Slavery has been practically a universal institution throughout history and cultures until recently, yet liberals portray it as being uniquely American, all the better to bash the nation and bring it down for their political purposes: “America is so mean, here let me give you some free stuff from the government to make you feel better.”

Many liberal screeds against the US include a condemnation of slavery without mention that the practice existed in most places at the time of the colonies and lasted much later in many areas around the world.

An excellent resource on this matter is the scholar Thomas Sowell, who devoted a chapter on the universality of slavery in his 2006 book Black Rednecks and White Liberals.

Some kind soul has posted the audio version of the chapter on Youtube. It lasts over two hours, but the point about slavery ubiquity is made strongly in the first few minutes.

Here are the first few paragraphs, where the point is made in text.

Black Rednecks and White Liberals: The Real History of Slavery

Slavery was an evil of greater scope and magnitude than most people imagine and, as a result, its place in history is radically different from the way it is usually portrayed. Mention slavery and immediately the image that arises is that of Africans and their descendants enslaved by Europeans and their descendants in the Southern United States—or, at most, Africans enslaved by Europeans in the Western Hemisphere. No other historic horror is so narrowly construed. No one thinks of war, famine, or decimating epidemics in such localized terms. These are afflictions that have been suffered by the entire human race, all over the planet—and so was slavery. Had slavery been limited to one race in one country during three centuries, its tragedies would not have been one-tenth the magnitude that they were in fact.

Why this provincial view of a worldwide evil? Often it is those who are most critical of a “Eurocentric” view of the world who are most Eurocentric when it comes to the evils and failings of the human race. Why would anyone wish to arbitrarily understate an evil that plagued mankind for thousands of years, unless it was not this evil itself that was the real concern, but rather the present-day uses of that historic evil? Clearly, the ability to score ideological points against American society or Western civilization, or to induce guilt and thereby extract benefits from the white population today, are greatly enhanced by making enslavement appear to be a peculiarly American, or a peculiarly white, crime.

This explanation is also consistent with the otherwise inexplicable contrast between the fiery rhetoric about past slavery in the United States used by those who pass over in utter silence the traumas of slavery that still exist in Mauritania, the Sudan, and parts of Nigeria and Benin. Why so much more concern for dead people who are now beyond our help than for living human beings suffering the burdens and humiliations of slavery today? Why does a verbal picture of the abuses of slaves in centuries past arouse far more response than contemporary photographs of present-day slaves in Time magazine, the New York Times or the National Geographic?

It takes no more research than a trip to almost any public library or college library to show the incredibly lopsided coverage of slavery in the United States or in the Western Hemisphere, as compared to the meager writings on the even larger number of Africans enslaved in the Islamic countries of the Middle East and North Africa, not to mention the vast numbers of Europeans also enslaved in centuries past in the Islamic world and within Europe itself. At least a million Europeans were enslaved by North African pirates alone from 1500 to 1800, and some European slaves were still being sold on the auction block in Egypt, years after the Emancipation Proclamation freed blacks in the United States. Indeed, an Anglo-Egyptian treaty of August 4, 1877 prohibited the continued sale of white slaves after August 3, 1885, as well as prohibiting the import and export of Sudanese and Abyssinian slaves.

During the Middle Ages, Slavs were so widely used as slaves in both Europe and the Islamic world that the very word “slave” derived from the word for Slav—not only in English, but also in other European languages, as well as in Arabic. Nor have Asians or Polynesians been exempt from either being enslaved or enslaving others. China in centuries past has been described as “one of the largest and most comprehensive markets for the exchange of human beings in the world” Slavery was also common in India, where it has been estimated that there were more slaves than in the entire Western Hemisphere—and where the original Thugs kidnapped children for the purpose of enslavement. In some of the cities of Southeast Asia, slaves were a majority of the population. Slavery was also an established institution in the Western Hemisphere before Columbus’ ships ever appeared on the horizon. The Ottoman Empire regularly enslaved a percentage of the young boys from the Balkans, converted them to Islam and assigned them to various duties in the civil or military establishment.

The instrumental use of the history of slavery today also underlies the claim that slavery grew out of racism. For most of its long history, which includes most of the history of the human race, slavery was largely not the enslavement of racially different people, for the simple reason that only in recent centuries has either the technology or the wealth existed to go to another continent to get slave and transport them en masse across the ocean. People were enslaved because they were vulnerable, not because of how they looked. The people of the Balkans were enslaved by fellow Europeans, as well as by the peoples of the Middle East, for at least six centuries before the first African was brought to the Western Hemisphere.