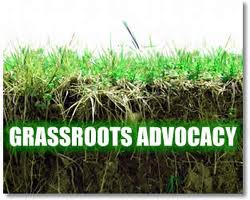 VDARE.com Readers: You Have The Answers To Immigration Questions—Tell Your Friends And Neighbors!

When the U.S. was brutalized on September 11, 2001, at least some of us who had already spent years enmeshed in the struggle for immigration sanity thought the nation had received its needed wake-up call, since the terror attacks' connection to our hyper-sloppy immigration arrangements was so obvious.

As it turned out, though, the dots didn't get connected in the average citizen's head, and six months later we comrades-in-the-cause were saying to each other, "Geesh, looks like it's going to take five more of those for people to catch on."

(By the way, all too often 9/11 is called "a tragedy."  This is absurd and infuriating, as the late Lawrence Auster explained numerous times.   Yes, those who were direct victims of the attacks suffered tragic fates, but the New York, Washington DC, and Pennsylvania events themselves were monstrous crimes.  At some point, columnist Mona Charen coined the right term for them: "savage enormities.")

But with the confluence of the Coulter book, the dauntless Trump campaign, Europe's roundheeled approach to hordes of faux refugees, the ramping-up of Syrian "refugee"-dumping into the U.S., and the San Bernardino enormity, immigration is—at last!—the dominating subject it should have been even three decades ago.

Consistent with this exposure, the principals at the modestly prominent (see below) PowerLine blog, especially John Hinderaker and Paul Mirengoff, have been doing their part to keep our immigration disaster in full view, necessary if there's ever to be immigration reform in the national interest.  A few days ago, Hinderaker made an interesting comment at the end of a brief post, Voters Are Fine With Suspending Muslim Immigration:

I was with Michele Bachmann last night. She has retired from politics, but not from public life. Michele retired undefeated, never having lost a race, despite years of vicious hate, and many millions of dollars, directed against her by the Democrats. Michele attributes her success largely to her ability to understand what voters are thinking and how they feel about issues.

But rescuing our country from ruinous immigration will take more than a few relative eminences making the right noises, since it's hard, even for most eminences, to rise above the cacophony of the national conversation on news, issues, and (dominating) trivia.  After all, PowerLine, according to Amazon's Alexa ranking service, is just the 3,270th most popular site among U.S. web-surfers.  Meanwhile, noisy open-borders organizations such as the New York Times, the "Puffington Host," DailyKos, and The Nation magazine currently sit at 27, 37, 367, and 2,366, respectively.

(VDARE.com is at 20,481.  What this means for relative numbers of visits isn't revealed by these rankings.  For example the ratio of about six in PowerLine's and VDARE.com's relative rankings doesn't imply that PowerLine gets six times the visitors that VDARE.com does—the factor could be higher or lower.  Peter Brimelow tells me that VDARE.com has about a million article-views per month and that a typical visitor views about five articles per month.) 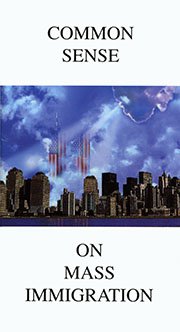 So now that immigration has finally reached explosive prominence, it's up to grassroots immigration patriots—e.g. VDARE.com readers!—to help inform the conversation.  A great tool to assist you in this is the collection of "one-minute essays" (my term, since each is about 350 to 400 words, thus requiring about a minute to read) at Common Sense on Mass Immigration.  Here is its contents list, including embedded links to the individual essays:

These essays, several by authors quite familiar to regular VDARE.com readers, are packed with facts, so you can read them to bone up and/or as refreshers.  They also incorporate memorable wording, such as the closing few sentences in John Vinson's essay on Basic Freedoms:

We must make a choice. We can have the multiculturalism made inevitable by mass immigration, or we can have freedom. But we can't have both.

Plus, with essays so short, if you print one for an immigration-ignorant friend (despite all the news, that'll still be most of them) to read, chances are decent that the friend will read it.

Better: Gift each of those friends with a copy of the printed version, available in bulk purchase for as little as 40 cents apiece.  For a distant friend, add a first-class (49-cent) stamp and throw it in the mail—it's right at one ounce, and no envelope is needed.