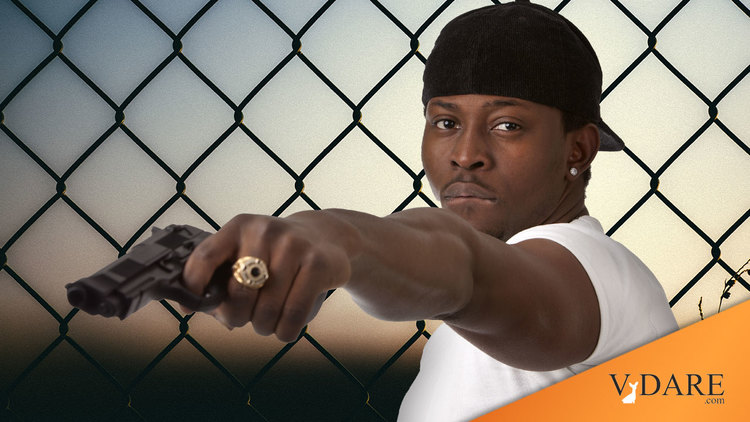 So wait, is USA Today mad more white youth aren’t dying by homicide after incarceration, as apparently a new study has confirmed it’s almost exclusively black youth who get murdered after being jailed for committing a crime?

Which means upon being released from jail, these black youth get involved in the same type of activities landing them in prison, only this time their individual actions collectively leave them in the morgue.

Black youth were more likely to be killed than whites after incarceration, a study of Ohio’s juvenile legal system found.

Homicide was the leading cause of death for youth after incarceration – accounting for more deaths than all other causes of death combined, the study by researchers at the Abigail Wexner Research Institute at Nationwide Children’s Hospital found.

A majority of the 3,600 Ohio youth who were incarcerated were Black, and most of those who were killed after release were Black, male and younger than 21, the authors reported.

Black youth made up 70% of those who died after release, according to the analysis, and were more likely to be killed than white youths. Most of the young adults in the study were incarcerated for a year or less and weren’t repeat offenders.

The study echoes national analyses and reflects a public health concern and systemic lack of support for at-risk young people, especially Black youth, before and after incarceration, experts say.

“These were violent deaths,” she said. “Kids that were coming out of the justice system had higher rates of mortality overall.”

Ruch said the high rates and disproportionality of the crisis are “alarming.”

“Black youth were disproportionately more likely for early mortality. Sixty-percent of the kids that were incarcerated were Black, but close to 71% of the kids that died were Black. It’s compounding. It’s not getting better,” she said. “Let’s not forget about these kids when they’re released back into the community.”

White youth were more likely than Black youth to die by overdose or suicide, seven times as likely to die by suicide than the general population white youth of the same age.

“Incarceration is a risk marker for early mortality in youth, and our study results suggest that successful strategies to prevent delinquency and reduce or even eliminate youth incarceration have the potential to decrease mortality risk in this vulnerable population,” Ruch and the other authors wrote.

Juvenile delinquency has decreased over the past two decades, but it is still disproportionate among Black youth, who made up 40% of incarcerated juveniles in the U.S. in 2019, according to federal data, and only 14% of the U.S. population younger than 18.

The problem starts way before they even enter the juvenile justice system. A systemic approach that acknowledges historical trauma is needed for prevention, said Towson University professor Sharon Jones-Eversley.

“As a social epidemiologist, we cannot ignore the trauma, the dehumanization, and the injustice and racism that children face when we think about Black boys,” she said.

She has researched epidemiological approaches to the public health issue of homicide and suicide among Black young men and the effects on families and communities.

“By the time they’re 18, their fathers are deceased. You’re talking about an entire family,” she said. “Primordial prevention deals with the risk itself. So that’s a structural, systemic approach, and it cannot be for two years, a three-year study. It is consistent. And that takes investment.”

Wait a second: white youth who are incarcerated either die of a drug overdose upon leaving prison or commit suicide at a seven times the general population of white youth of the same age?

So prison for white youth is a death sentence, just not the way it is for black youth.

Virtually no cares about white suicide victims. Yet the entire judicial system must be dismantled because it disproportionately impacts blacks, with those white youths incarcerated and committing suicide at shockingly high rates barely worth mentioning in this story.

Because only black lives matter.