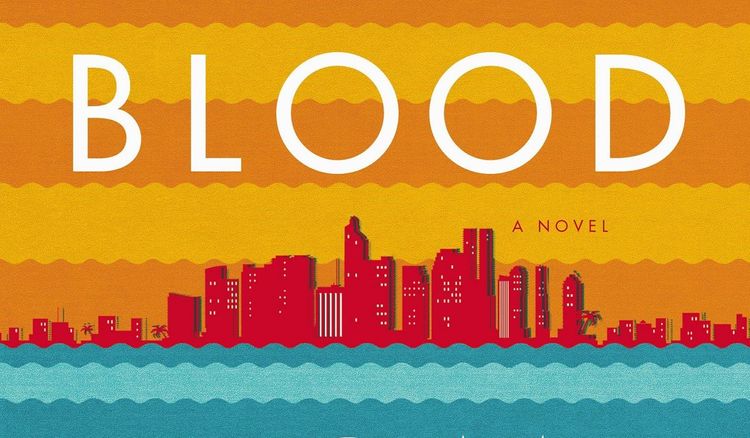 Tom Wolfe's "Back to Blood"

For a number of years, it's been known that Tom Wolfe is writing a book about immigration set in Miami. For awhile, it was supposed to be published in 2009, then in 2010, and now in 2012. Wolfe will be over 80 by then, so, we'll see. The working title is Back to Blood, presumably based on the following passage from Wolfe's 28 page proposal that got him a $7 million advance, as reported in New York Magazine:

So, my people, that leaves only our blood, the bloodlines that course through our very bodies and unite us. “La Raza!” as the Puerto Ricans cry out. “The race!” cries the whole world. The Muslims? Their jihad? Their Islam? All that is nothing but a screen, a cover story. What they are, is … Arabs! Forget the rest of it! Arabs! — once the rulers of all Asia and half of Europe! Once the world’s reigning intelligentsia- — and now left behind in the dust of modern history! Back to blood, muhajeen! They, like all people, all people everywhere, have but one last thing on their minds — Back to blood!” All people, everywhere, you have no choice but — Back to blood!

The hereditarian theme running through Wolfe's books is a persistent one. It probably goes back to his father, a professor of agronomy and editor of The Southern Planter, a journal about breeding for the well-bred. As far as I can tell, Wolfe is an unrepentant Southern white conservative who has found the last 45 years unsurprising but thoroughly entertaining.

Heredity is likewise a major theme in many of the 19th Century realistic novels Wolfe emulates. In particular, Zola, a favorite of Wolfe's, was obsessed with heredity, as a Richard Lewontin essay in the New York Review of Books entitled In the Blood pointed out:

In the twenty Rougon-Macquart novels that form the core of his literary work, Zola is preoccupied with a problem that motivates a good deal of English and French literature of the nineteenth century: the mystery of the origin of character. It is this problem that not only appears over and over again in the novels, but that motivates the entire structure of the cycle.

The problem of character is distinct from the issue of human nature [that's an intellectually unsophisticated distinction]. The latter concerns the commonalities of human temperament and motivation, of what it is to be human. Especially after the appearance of The Origin of Species in 1859 made evolution part of public consciousness, the role that our animal ancestry plays in forming our species nature was a subject for literary concern. But the problem of character, of the origin of differences among individual human beings in temperament, intellect, emotion, motivation, morality, was a concern of nineteenth-century literature, certainly from the appearance of Dickensâ€™s first serious novel, Oliver Twist, in 1837. How are we to understand the contrast between the gentle, delicate, moral, grammatically impeccable Oliver, born and raised in the parish workhouse, and the crude, grossly shaped, and criminal Artful Dodger, whose upbringing was no worse? Why does Estella, raised by Miss Havisham to hate and take revenge on men, soften toward Pip in the end? And what of the extraordinary career of George Eliot's Daniel Deronda, who starts life as a typical English milord and ends as a student of the Talmud who emigrates to Palestine?...

For Dickens, Eliot, and Sue, the solution of the mystery lies in an unquestioned belief in the power of blood over circumstance. Oliver is the child of middleclass parents, never seen by him; Estella is the biological daughter of the right-minded convict Abel Magwitch. Deronda turns out to be the son of a Jewish actress whom he meets only when he is an adult.

The rest of the article is not online. My recollection is that Lewontin rather disapproves of all this, although he's a bit stuck looking down his nose at giants of world literature. He's left implying that after all, we know so much more today about the unimportance of heredity! Oh wait, ... well, the point is too be sniffy, not to be coherent.

When you stop to think about it, though, it's hard to imagine how a social novelist like Zola, Dickens, or Wolfe could not be interested in heredity. But, that doesn't come up much in contemporary thought, so nobody has much noticed what Wolfe has been up to over the last 45 years.