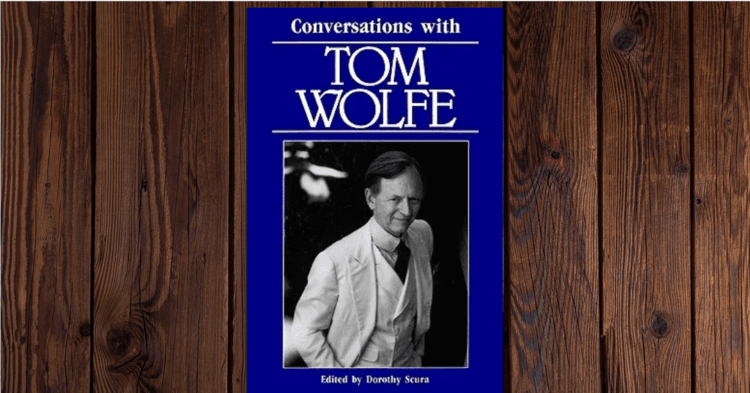 Tom Wolfe on Skull and Bones

The subject of secret societies and cults in Turkish politics got me thinking about American analogs. For example, the 2004 presidential election saw much partisan passion as supporters of George W. Bush and current secretary of state John Kerry turned out in large numbers to cast their votes for these very different candidates. Except ... I always thought it kind of interesting that both Bush and Kerry were members of the same Yale secret society: Skull and Bones.

In the 2004 U.S. Presidential election, both the Democratic and Republican nominees were alumni. George W. Bush wrote in his autobiography, "[In my] senior year I joined Skull and Bones, a secret society; so secret, I can't say anything more."[25] When asked what it meant that he and Bush were both Bonesmen, former Presidential candidate John Kerry said, "Not much, because it's a secret."[26][27]

Of course, there's nothing at all weird about Bonesmen holding meetings in a windowless temple / fortress / bunker / rumpus room called The Tomb.

Still, you might wonder what the Bonesmen do in there. Tom Wolfe explained in his 1976 New York article The "Me" Decade and the Third Great Awakening:

At Yale the students on the outside wondered for 80 years what went on inside the fabled secret senior societies, such as Skull and Bones. On Thursday nights one would see the secret-society members walking silently and single file, in black flannel suits, white shirts, and black knit ties with gold pins on them, toward their great Greek Revival temples on the campus, buildings whose mystery was doubled by the fact that they had no windows. What in the name of God or Mammon went on in those 30-odd Thursday nights during the senior years of these happy few? What went on was . . . lemon sessions!—a regularly scheduled series of lemon sessions, just like the ones that occurred informally in girls’ finishing schools.

In the girls’ schools these lemon sessions tended to take place at random on nights when a dozen or so girls might end up in someone’s dormitory room. One girl would become “it,” and the others would light into her personality, pulling it to pieces to analyze every defect . . . her spitefulness, her awkwardness, her bad breath, embarrassing clothes, ridiculous laugh, her suck-up fawning, latent lesbianism, or whatever. The poor creature might be reduced to tears. She might blurt out the most terrible confessions, hatreds, and primordial fears. But, it was presumed, she would be the stronger for it afterward. She would be on her way toward a new personality.

Likewise, in the secret societies: They held lemon sessions for boys. Is masturbation your problem? Out with the truth, you ridiculous weenie! And Thursday night after Thursday night the awful truths would out, as he who was It stood up before them and answered the most horrible questions. Yes! I do it! I whack whack whack it! I’m afraid of women! I’m afraid of you! And I get my shirts at Rosenberg’s instead of Press! . . . But out of the fire and the heap of ashes would come a better man, a brother, of good blood and good bone, for the American race guerrière. And what was more . . . they loved it. No matter how dreary the soap opera, the star was Me.

By the mid-1960s this service, this luxury, had become available for one and all, i.e., the middle classes. Lemon Session Central was the Esalen Institute, a lodge perched on a cliff over-looking the Pacific in Big Sur, California, Esalen’s specialty was lube jobs for the personality. ... They were encouraged to bare their own souls and to strip away one another’s defensive facades. Everyone was to face his own emotions squarely for the first time. ...

Encounter sessions, particularly of the Schutz variety, were often wild events. Such aggression! such sobs! tears! moans, hysteria, vile recriminations, shocking revelations, such explosions of hostility between husbands and wives, such mud balls of profanity from previously mousy mommies and workadaddies, such red-mad attacks! Only physical assault was prohibited. The encounter session became a standard approach in many other movements, such as Scientology, Arica, the Mel Lyman movement, Synanon, Daytop Village, and Primal Scream. Synanon had started out as a drug rehabilitation program, but by the late 1960s the organization was recruiting “lay members,” a lay member being someone who had never been addicted to heroin . . . but was ready for the lemon-session life.

Outsiders, hearing of these sessions, wondered what on earth their appeal was. Yet the appeal was simple enough. It is summed up in the notion: “Let’s talk about Me.” No matter whether you managed to renovate your personality through encounter sessions or not, you had finally focused your attention and your energies on the most fascinating subject on earth: Me.