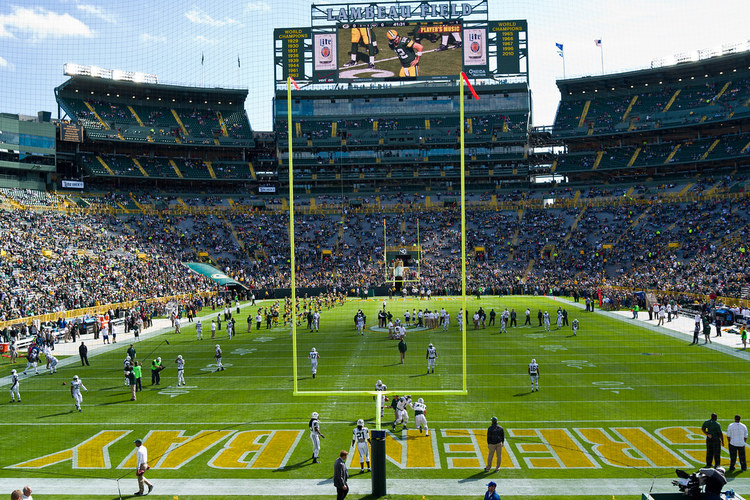 From Crossing Wall Street on November 2:

We’re nearly halfway through the [NFL] season and kickers have made a stunning 85.9% of their field goal attempts. In just ten years, kickers have increased their accuracy by nearly 10%.

Not only that, but they’re kicking longer as well. So far this season, kickers have made 78% of their attempts between 40 and 49 yards. That’s better than the NBA’s league-wide accuracy from the free throw line (76.3%).

And the numbers from attempts over 50 yards out are even more impressive. This season, kickers have nailed 45 of their 63 attempts from 50 yards or more. That’s more accurate than the league was from any distance 25 years ago. Since 1994, long-range accuracy has doubled and long-range attempts-per-game are up by more than 63% from just five years ago.

Improved kicking is rapidly changing football strategy. In fact, this season is on track to be the highest-scoring season since the AFL-NFL merger, and kickers deserve a lot of the credit. Touchdowns-per-game are nearly identical to where they were 30 years ago, but field goals-per-game are up by 45%.

This high-octane accuracy is completely new to football. In 1974, the first year when the uprights were placed at the back of the end zone, kickers made just four of 30 field goals from 50 or more yards. Jan Stenerud, the only pure placekicker in the Hall of Fame, made 66.8% of his career field goal attempts. Today that’s good enough for 105th place in career accuracy. Nearly every player in the top 30 for career accuracy is currently active.

It’s not just field goals, either. NFL kickers have only missed two of their 546 extra-point attempts this year. That’s a success rate of 99.63% which would also be a league record. Think about this: There will probably be one-tenth as many missed extra-points this year as there were 25 years ago.

The NYT has a similar article today.

I have a basic rule of thumb that human beings find more interesting things that are closer to a 50-50 proposition. Field goal kicking in the NFL, however, has become more of a sure thing, which means that less credit is given to kickers for making a field goal than blame is given to them for missing. Call it the extra pointification of the field goal. The point-after-touchdown kick is a vestigial ritual that just makes games longer. Nobody ever is the hero for kicking the PAT that wins the game 28-27.

One reason for the improvement is that NFL teams have perfected teamwork on the snap: they often have a deepsnaping specialist and the the punter is delegated to be the holder. Since these three guys don't have much else to do, they get really good at working together. Another reason is the spread of specialty camps training young kickers and snappers. This year, the first ever Sailer Award [No relation.]will be given to the country's top high school kicker.

Coaches are finally attempting more field goals from 50 yards or longer, and kickers are making 71% of them. This has given placekickers a moment to shine this year, but soon it will be considered routine to make 55 yard field goals, and kickers will remain uncelebrated.

As Eddy Elfenbein of Crossing Wall Street says, what the NFL should do to make field goal kicking less of a sure thing is to narrow the goal posts to make field goals more of an accomplishment. The NFL's goal should be for placekickers to be talked about as heroes rather than as screw-ups.

Ironically, placekickers might object because then they'd miss more PATs, and they would worry that they'd get fired more for missing PATs. But why not just eliminate the PAT and make the NFL touchdown worth 7 points? If you went for a 2-point conversion and failed, you'd have a point deducted. NFL games are ridiculously long as it is. The PAT mostly exists today for the sake of additional TV advertising opportunities.