Time Magazine Nominates Illegal Aliens for Person of the Year 2012 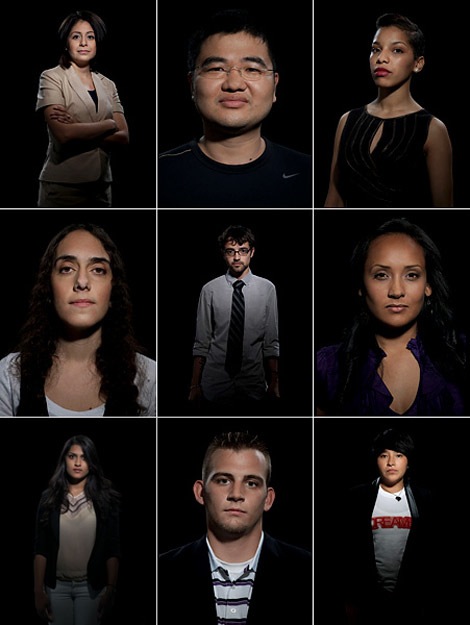 Time listed a diverse crew of 40 for its annual award, not all of whom were even actual persons, including the Higgs Boson and the new Mars Rover. The inclusion of “Undocumented Immigrants” was one of the more controversial of this year, though other sketchy characters were also present, from Kim Jong Un to Sandra Fluke and Bashar Assad.

Certainly the Person of the Year title has never recognized positive qualities as much as media notoriety, such as Hitler and Stalin in the late 1930’s when their tendencies were known. (See wikipedia’s history with a list of mug shots though not covers.) Last year the winner was “The Protester” recognizing the Arab Spring and many other worldwide political movements, and in 2010 Facebook founder Mark Zuckerberg was picked as a nod to the rise of social media.

A glance at the picture shows that the “Undocumented” are actually DREAMers, youngish people who claim not to be responsible for their good fortune of being transported to the US by lawbreaker parents. Nobody ever argues that children of bank robbers should be allowed to inherit the proceeds of dad’s ill-gotten gains, but DREAMers believe they are Special, and they demand maximum benefit for residing in stupid-generous America.

The editors of Time choose the winner, but they allow the little readers to click either “Definitely” or “No Way” in the entry. “No Way” was leading at 65% when I chose.

You can see the entire list of 40 with reader choices here. Mohamed Morsy, the Islamist President of Egypt, currently is leading with the largest number of positive votes, so perhaps the Muslim Brotherhood is a fan of Time magazine.

Here’s Time’s blurb for its DREAMers:

An invisible population stepped forward on June 15, 2012, to stake its claim to the American Dream. On that day, President Obama declared that certain undocumented immigrants — a group simply labeled “illegal” by many — would not be subjected to deportation, under broad-ranging conditions. Suddenly the logjam of immigration reform shifted, as more than 1 million undocumented young people who had been in the country for the past five years found themselves with new opportunities. What is more, the sympathies of other groups of people who have undocumented relatives — and thus are mindful of their plight — may have clearly shifted to a President on a campaign for re-election, as evidenced by the preponderance of Hispanic and Asian-American voters casting their ballots for Obama. Chastened by the results of the vote, the GOP has warmed to a legislative fix, increasing chances of comprehensive reform.