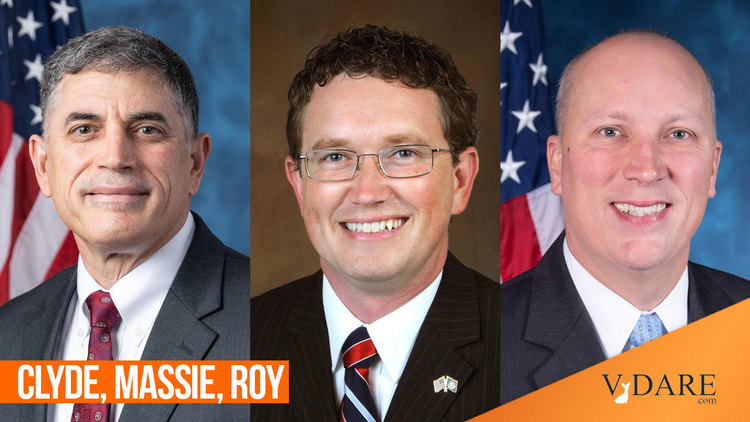 On Monday this week the U.S. Senate passed the Emmett Till Antilynching Act of 2022.

The bill makes lynching a federal hate crime. This is presumably intended to curb the dreadful outbreak of lynching we have seen recently in the U.S.A. and to ensure that there will, from this week on, no longer be any state in which lynching is legal.

Is there really so little of the nation's business needing attention that our federal lawmakers can give their time to such a wanton, gratuitous act of empty virtue-signalling? Yes, apparently there is.

The Senate vote was unanimous. When the bill came up before the House of Representatives last week, however, three members of the House voted nay. They were: Andrew Clyde of Georgia, Thomas Massie of Kentucky and Chip Roy of Texas.

Having recovered from the astonishment of learning that there are three people of sense in the U.S. Congress, I hereby stand and salute — yes, I am actually standing at my desk and saluting—Representatives Clyde, Massie, and Roy. Should any of those gentlemen find himself in Long Island with a couple of hours to spare, it will be my honor and pleasure to stand him a restaurant meal. Thank you, Sirs!