They Were SETTLERS, Damn It, Not "Immigrants"!

In 1907, President Theodore Roosevelt (who also had no English blood) laid the cornerstone of the iconic Pilgrim Monument in Provincetown where the Pilgrims first set foot on land. In his speech, Roosevelt affirmed the Pilgrims not as immigrants, but as settlers to whom all those who subsequently immigrated to America remain deeply indebted...

[Roosevelt anticipated] the distinction that Samuel Huntington makes between settlers and immigrants in Who Are We? (2004). There is a qualitative difference between those who settled the country and those who later immigrated to it. We are, therefore, not a “nation of immigrants” where the wetback who swam the Rio Grande yesterday is somehow equal to the Pilgrim who settled Plymouth 400 years ago.

We Are All Puritans Now! 2020 Election Will Be Debate On Mayflower Anniversary/America’s Founding. Trump Will Win, January 29, 2020; links in original

To vividly illustrate Roosevelt's, Huntington's, and Richer's point, there's this image and text, of uncertain provenance, that I stumbled upon last year while preparing a talk about refugee resettlement: 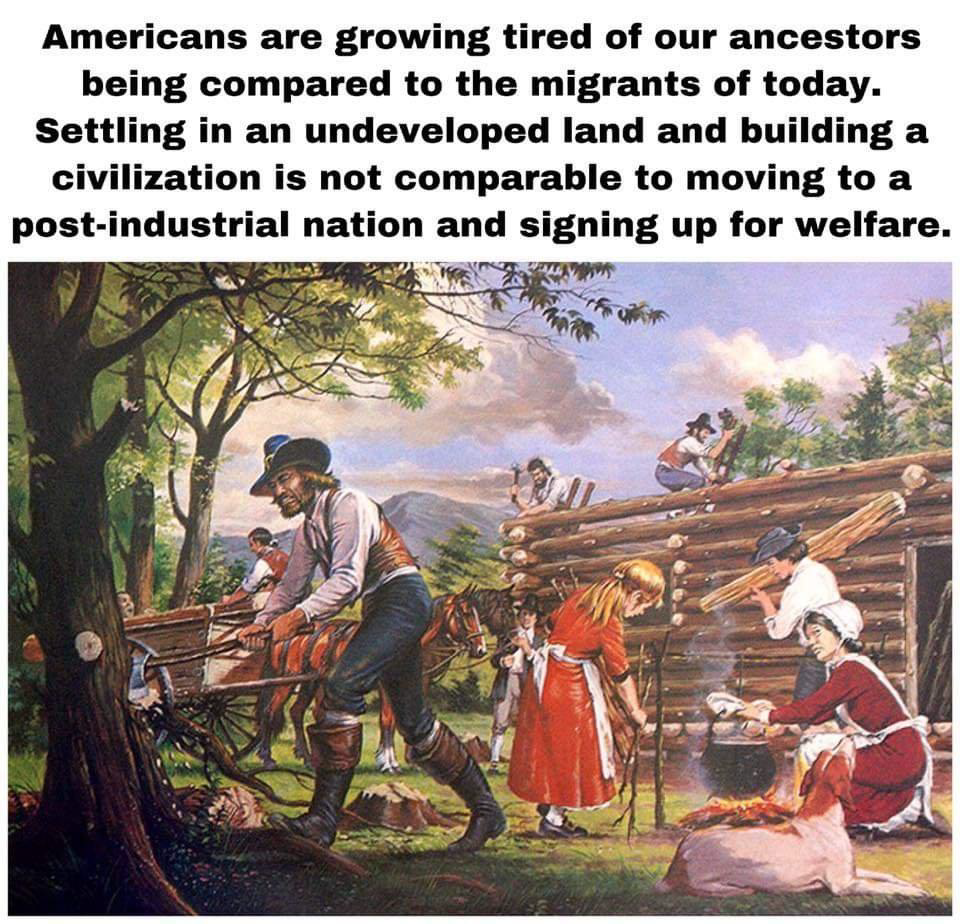 Bookmark that item, and spread it around!