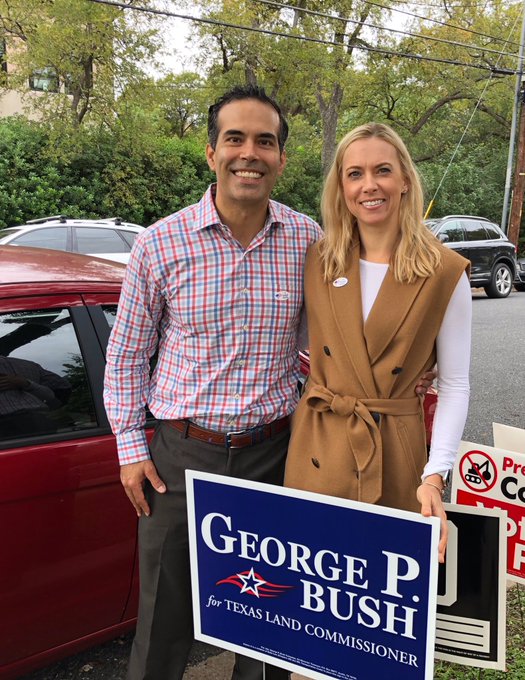 From the Austin Statesman:

At the Texas Capitol, there are about three dozen Hispanic lawmakers in the House and Senate.

The number of those who are Republicans: zero.

That’s what Hispanic Republicans of Texas is trying to change.

People who knew George P. Bush at Rice tell me that the thought of him as President someday is funny/scary, but from what I've read of George P.'s blonde wife, media lawyer Amanda Bush, the idea of her as First Lady someday sounds not all that unlikely.

Anyway, this reminds me of why the GOP pursuit of Hispanics is fairly hopeless under the current system: Hispanic elites are so overwhelmingly Democratic. Here in Texas, where Hispanics are much more conservative than in California, Hispanic Democrats in the state legislature outnumber Hispanic Republicans three dozen to nothing. The dominant Republican political dynasty in Texas since the 1960s, the Bushes, has been wildly pro-Hispanic for decades and all it has gotten the GOP is 0 for 36.

There are fundamental systematic reasons why the more the GOP elite hands legal privileges to minorities in the hopes of winning their favor, the more the minorities' leadership elites become locked into the Democrats. I will outline this and what to do about it in a future essay.