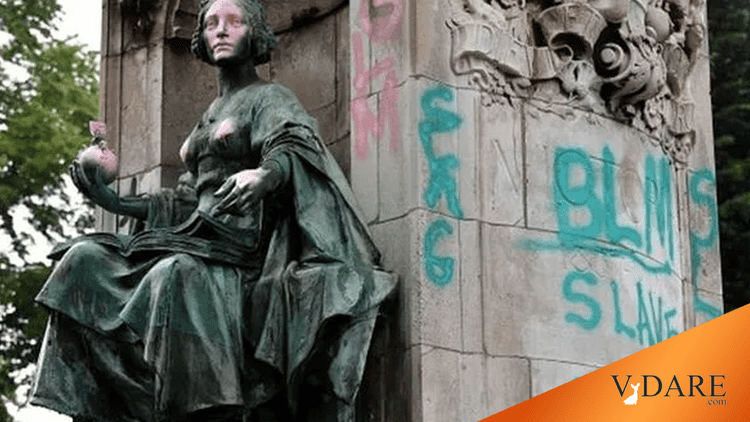 There's a War on Britain's Past Too

Just as in the U.S.A., across the pond in Britain mobs and cyber-mobs are attacking and defacing statues, calling for their removal, and in general assaulting the history of the Sceptered Isle.

The Winston Churchill statue has already had to have a protective box put around it, as has that of Robert Baden-Powell, founder of the Boy Scouts.

Prime Minister Boris Johnson made a principled criticism of this whole hysteria, in a series of tweets. Quoth the PM:

The statue of Winston Churchill in Parliament Square is a permanent reminder of his achievement in saving this country – and the whole of Europe – from a fascist and racist tyranny. It is absurd and shameful that this national monument should today be at risk of attack by violent protesters. Yes, he sometimes expressed opinions that were and are unacceptable to us today, but he was a hero, and he fully deserves his memorial.

We cannot now try to edit or censor our past. We cannot pretend to have a different history. The statues in our cities and towns were put up by previous generations. They had different perspectives, different understandings of right and wrong. But those statues teach us about our past, with all its faults. To tear them down would be to lie about our history, and impoverish the education of generations to come ['We cannot edit our past': Boris Johnson's statue tweets explained, by Peter Walker, The Guardian, June 12, 2020].

A young British conservative by the name of Darren Grimes has an interesting Twitter page, commenting on the madness which has descended on contemporary Britain.

Grimes links to a brief video commentary by Scotsman Neil Oliver, who asks if these people care about slavery today, and ends with this question:

Is this about addressing racism and the existence of slavery in our world community?  Or is it simply an attempt by anarchists and communists to eat into the built fabric of Britain and thereby to bring down British society?