The World's Most Famous Atheist Has Been Canceled By The American Humanist Association for His Lack Of True Faith In The Holiest Of Humans: Transgenders and Blacks

Earlier: Richard Dawkins Deplatformed in Berkeley For Being Rationalist About Islam

From a press release from the American Humanist Association:

… Regrettably, Richard Dawkins has over the past several years accumulated a history of making statements that use the guise of scientific discourse to demean marginalized groups, an approach antithetical to humanist values. His latest statement implies that the identities of transgender individuals are fraudulent, while also simultaneously attacking Black identity as one that can be assumed when convenient. His subsequent attempts at clarification are inadequate and convey neither sensitivity nor sincerity.

Consequently, the AHA Board has concluded that Richard Dawkins is no longer deserving of being honored by the AHA, and has voted to withdraw, effective immediately, the 1996 Humanist of the Year award.

Richard Dawkins has had his 1996 Humanist [i.e., atheist] of the Year award canceled for his shocking lack of true faith in the intersectional verities. How dare he ask unholy questions like this to perplex the faithful? 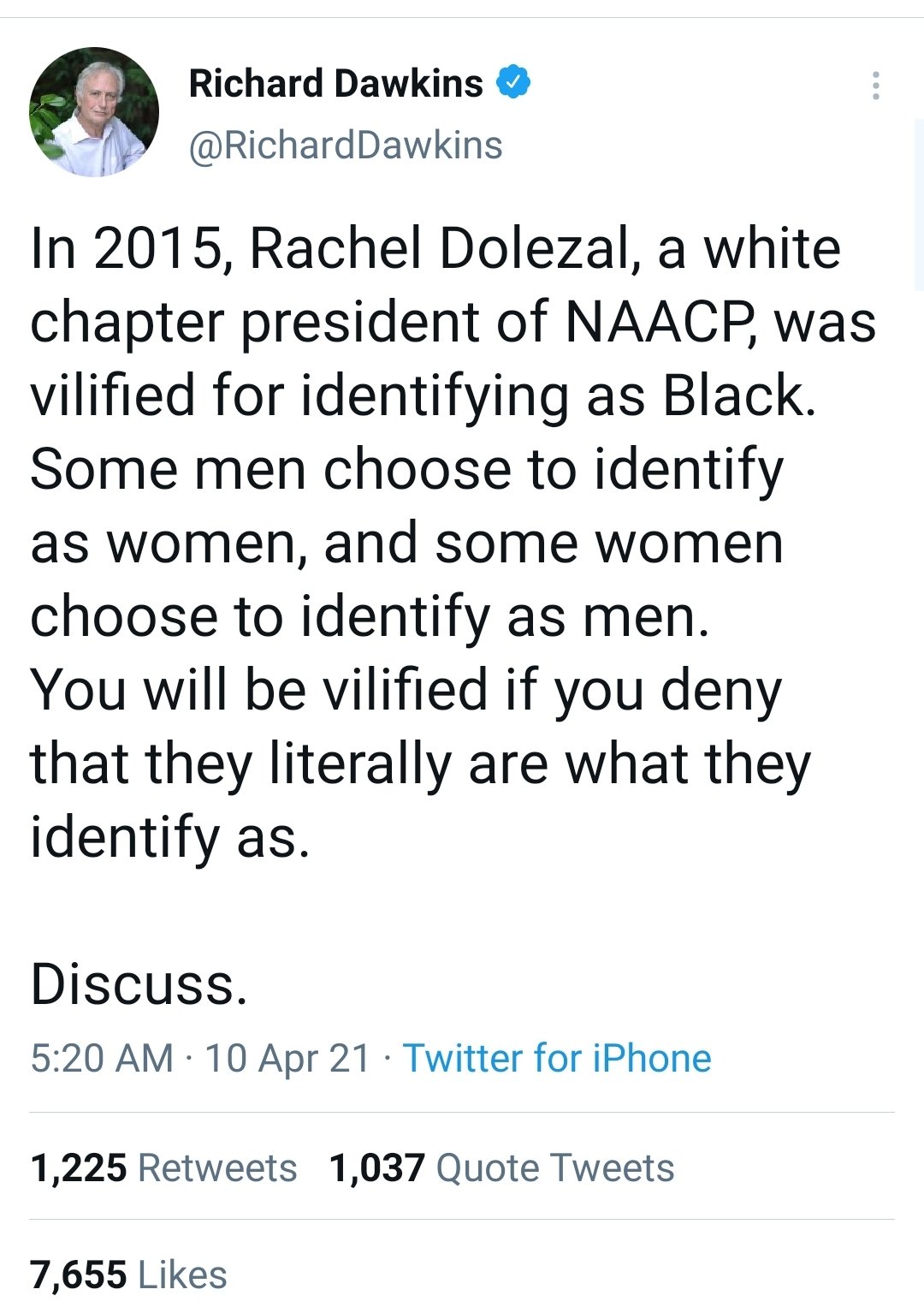 The words of the prophets are written on the billboard walls: