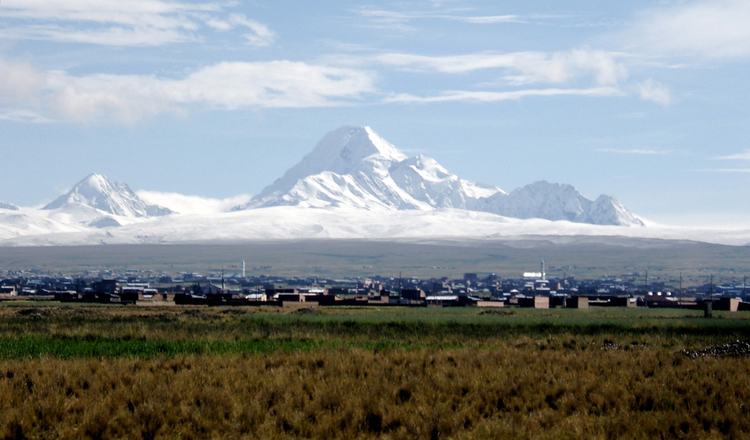 The Wind From The South

The Washington Post reports on the latest Latin American trend from El Alto, a poor suburb of 650,000 at 13,300 feet, well above Bolivia's capital, the whimsically named La Paz.

But first, I can't resist digressing on La Paz's social topography. In contrast to many cities, such as Los Angeles, where the rich live in the hills above the plains, the rich in La Paz live at the bottom of a deep canyon, with the wealthiest neighborhoods down at 10,200 feet. In Bolivia's capital, social climbers try to claw their way to the bottom. WikiTravel writes:

"La Paz' geography (in particular, altitude) reflects society: the lower you go, the more affluent. While many middle-class pace?±os live in high-rise condos near the center, the really rich houses are located in the lower neighborhoods southwest of the Prado. The reason for this division is that the lower you go in the city, the more oxygen there is in the air and the milder the weather is. And looking up from the center, the surrounding hills are plastered with makeshift brick houses of those struggling in the hope of one day reaching the bottom."

The fundamental reason for this is that white women miscarry frequently at very high altitudes—a problem that is seen in a few places in Colorado as well, such as Leadville. Indian women are more likely to carry to term the higher about 10,000 feet you go.

This underlies the recent threat of the lowlying Bolivian lands north of Paraguay to secede. Their inhabitants tend to be white and mestizo, while the Altiplano is Indian and mestizo. The low country has the main natural resource, natural gas, but the Indians of the high plains have recently finally seized control of the government after 400+ years, and are trying to seize the natural gas wealth.

Anyway, lots of vibrant stuff is happening in Bolivia, which we ought to keep an eye on because these "principles, cultural values, norms and procedures" are slowly migrating here:

EL ALTO, Bolivia — Tattered dummies look down on this city from street poles in barren squares, like scarecrows for anyone with bad intentions.

The dummies are meant to warn would-be thieves that if they try to rob anyone here, they could be hanged. Or lashed to a pulp. Or set on fire. Or buried alive.

"If there are cases in which people are caught in the act, why can't we take justice into our own hands?" asked ElÂ?as Gomes, a community leader in an El Alto neighborhood where two accused thieves were burned alive by an angry crowd of residents in November. "We want the people of the neighborhood to be the ones to judge the crimes. Beyond the question of whether lynchings are good or bad, we want to be the ones to judge."

Determining who gets to judge criminals is a matter of national debate in Bolivia, where a draft constitution that has already won preliminary approval would make punishments doled out by indigenous leaders and tribal communities as legitimate as sentences handed down by the country's courts.

The proposal has invigorated communities such as this, where many residents maintain strong links to Aymara and Quechua indigenous traditions and few trust what they call the "ordinary justice" system of police, judges and courtrooms. ... Valentin Ticona Colque, a vice minister in charge of communal justice in President Evo Morales's government, said such justice is less likely to be corrupt because it is administered by active members of the communities themselves, not by state-supported judges.

"When the community is involved and vigilant, it's difficult to corrupt the system — almost impossible, in fact," he said.

According to one article of the draft constitution, decisions made under the communal justice system would be immune from challenge by any outside judicial system. The constitution does not spell out how justice should be dispensed but states that indigenous and campesino, or peasant, authorities "will apply their own principles, cultural values, norms and procedures."

Makes you want to book that lama trekking vacation through the Bolivian highlands, doesn't it?