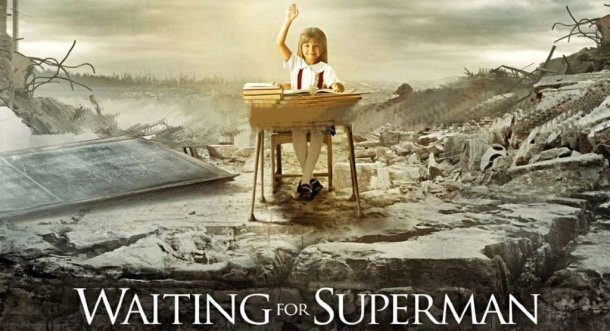 The White Kid In "Waiting For `Superman`"

The most curious segment of David Guggenheim's celebrated school reform documentary, Waiting for "Superman," is devoted to the one white out of the five kids trying to get picked to attend a charter high school. E. is an 8th grader in posh San Mateo County in Silicon Valley. Her neighborhood high school is Woodside H.S., which is a few miles north of Stanford U.

But her English-accented mother is desperate to keep her out of Woodside and get her into Summit Prep, a charter. How come?

Because, according to Guggenheim's documentation, if E. attended her neighborhood school, Woodside, she'd be placed in the lower track. But Summit Prep has only one track.

I looked up some facts on these two schools.

Woodside, the neighborhood school, is about 33 percent white and 54 percent Hispanic (the school district covers East Palo Alto). Not many Asians go to Woodside, and it has "only" three national merit scholars in the most recent year, compared to 30 to 60 at some heavily Asian Silicon Valley schools.

So, reading between the lines, we can infer that E.'s mom wants to keep her out of the Hispanic-dominated track in high school.

Keep in mind, though, that there aren't too many gangbangers in the lower track at Woodside. Their 2009 California Academic Performance Index scores aren't bad: Woodside 2009: White 839 Hispanic 702 Difference 137

At the Summit Prep charter school, the APIs are somewhat better for both groups:

But, do you notice something? Summit is, I believe, the only one of the five charter schools celebrated in the documentary to have enough white students to measure the size of the ethnic achievement gap. And, it turns out, the ethnicity gap is slightly larger at the celebrated charter school than at the neighborhood school.

I suspect this is generally true: improving schools raises everybody's performance, but it doesn't Close the Gap.