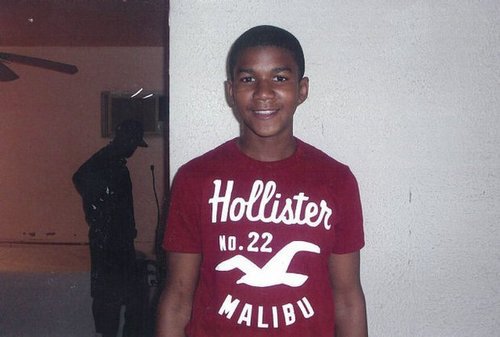 Apropos of James Kirkpatrick's post about the Justice Department's dropping its campaign against George Zimmerman, The Washington Post's story contains a flat-out lie to open its meditation on the matter, which very much of a piece with what Mr. Kirkpatrick noted.

No, Zimmerman didn't do that. He shot Martin because Martin was bashing his head into the ground, trying to kill him.

The Post also noted that Zimmerman "identifies as Hispanic" and told police he was fighting for his life and fired at Martin in self-defense."

One can't imagine the Post reporting that Barack Obama "identifies as black," and we know why the Post wrote it that way. It's casting doubt on Zimmerman's Hispanic background so it won't have to finger an Hispanic in its recreated narrative. Much better to leave Zimmerman's background fuzzy and have readers think he's white. We all recall The New York Times hilariously calling Zimmerman a "white Hispanic."

The second line ignores the evidence  Zimmerman produced when he had to go to trial—evidence of Trayvon's bloody knuckles, and Zimmerman's injured head.

The evidence that made a jury acquit him, basically finding exactly that: Zimmerman "was fighting for his life and fired at Martin in self-defense."

The phrase "fired at Martin" makes it sound as if Zimmerman shot Martin from 15 feet away, which comports with the lie that he "shot Martin while the unarmed African-American 17-year-old was walking."
The Post had done some good reporting on this case. What happened?