The Toulouse Shootings And The Right: A Funny Thing Happened On The Way To The Gallows 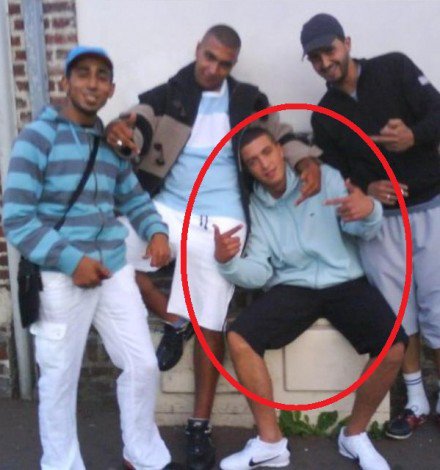 Until abruptly oxygen-deprived, as Steve Sailer noted earlier, by the  inconvenient fact that the Toulouse Jewish School killer seems to have been a Muslim of Algerian extraction wanting to “avenge Palestinian children”, a wild firestorm was sweeping down the political Right. The completely fallacious attempt to immolate Jared Tailor and American Renaissance after the Giffords shooting last year provided the template.

Today at The Jewish Daily Forward Robert Zaretsky has had to radically re-write Toulouse Tragedy Shows Depth of Hatred, which originally presumed neo-Nazis were the murderers and blamed the incident on French President Sarkozy’s attempts to

...halt the slow but steady hemorrhage of conservative voters toward the xenophobic Front National of Marine Le Pen.

I live in Europe.

It's not 'officials' or 'politicians' who are 'sowing the seeds of hatred'. Go into any major European city, and there is a severe increase in anti-Semitism. Jewish officials have spoken in forked tongues for a long time but now finally many are telling it like it is: 99 % of the violent anti-Semitic attacks come from muslim immigrants.

…I don't know why Mr. Zaretsky has such a deep, irrational hatred for Europeans. I'm not their biggest fan but I've hardly had any anti-Semitic incident from a native European happen to either me or my family.

Similarly the Jewish Journal of Los Angeles has amended a headline flatly stating French police believed Neo-Nazis responsible but still has Another Crime of Hate? By Noga Gur-Arieh March 19, 2012

Putting Neo-Nazis in jail isn’t going to stop the Neo-Nazi party. This is just like taking care of the symptoms, instead of putting an end to the disease.

The prize for hysterical pre-judgment, though, goes to Toulouse shootings: race, religion and murder by Fiachra Gibbons The Guardian Monday 19 March 2012 (Originally published as French right caught up in the storm it helped create) which has been widely syndicated.

Politicians across the continent have found a new magic formula for electoral success and survival by playing on fears of foreigners and particularly of Islam – the wink and a nod that says that immigration has been the root of our social and economic decline.

… All of those who have been shot or killed in and around the city in the past eight days have had one thing in common. They are from visible minorities. They had names or faces that marked them out as not being descended, as Jean-Marie Le Pen would say, from "our ancestors the Gauls".

I have had too much experience with antisemitic attacks over the past thirty years not to know that the first clues are rarely accurate, not to be suspicious of rash declarations made by politicians and even more so by antiracist associations.

The essay usefully recounts other efforts by leftist ideologues to capitalize politically on violence and blame innocent opponents.

The sensible conclusion about the French atrocity is simple: mass Muslim immigration is a mistake.

Not least because the stresses arising empower the forces of repression.

Article
Biden And Blacks: No Gaffe Can Threaten This Venal Relationship