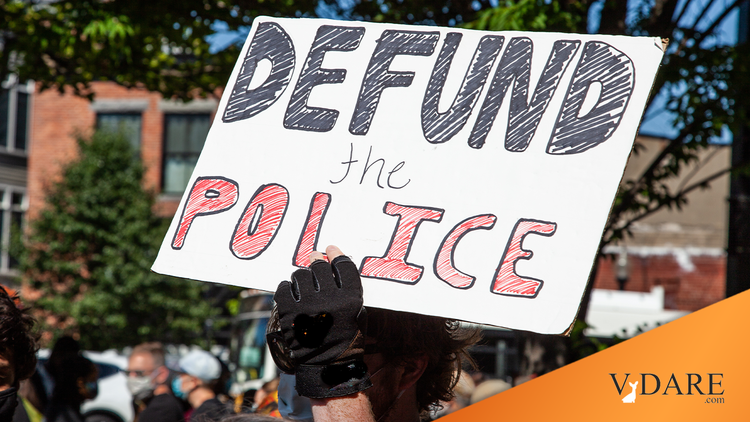 The Road Not Taken: A Reasonable Case For Defund the Police...Based On Good Behavior

Protesters want to defund police. Homicides and violence are spiking. In Oakland, ideology and practicality collide.

Are we sure it’s just a “spike?” Maybe it’s plateauing or still ramping up.

, a troubled police department is reeling from street demonstrations seeking racial justice and accountability, and the city budget is ravaged by the coronavirus economy.

The push to reshape police departments is occurring in cities across the country, but it is perhaps nowhere more evident than here in Oakland, where veteran activists want to sharply reduce the police budget but much of the broader community is struggling with what that could mean.

In a place that for the past decade has been dedicated to rethinking how it polices its people, the argument for a smaller force and larger social service agencies has gained momentum since George Floyd’s police killing in Minneapolis in May. Floyd’s face and words — “I can’t breathe” — almost instantly became part of Oakland’s much-muraled streetscape.

As I’ve often pointed out, one reason for how strong violent black radicalism is in Oakland is because Oakland might be the nicest city to live in in the U.S. (you can see the fog roll in over San Francisco from sunnier Oakland) … if all the poor blacks were gentrified out to Stockton or wherever.

The nearly immediate calls for cuts of up to half of the police department’s $300 million budget were popular among protesters. But cutting a municipal police force in a large city has proved highly complex at a time when the economic slowdown caused by the pandemic has greatly reduced the amount of public money to go around and crime has spiked.

Oakland has seen a surge in shootings and homicides, which in the second quarter of this year had more than doubled from the previous one. Violence and vandalism that have come with some of the street protests have rattled a business community that supports, in principle, a more preventive approach to addressing crime.

As I’ve often argued, much of the mainstream support for cutting police budgets is coming from other government employees and contractors who, like Russian peasants in a sleigh pursued by wolves want to throw the police budget overboard first.

Let me try to offer a reasonable case for a moderate Defund the Police stance:

In these pandemic-induced hard times to come, we are all going to have to make financial sacrifices, and that includes police budgets. I have confidence that our urban communities will respond to any cuts in policing by being on their best behavior, which will demonstrate that even after the economic crisis is over, our cities can be policed with a lighter touch.

Okay, but instead, the Establishment glommed on to two disastrously contradictory talking points:

Not surprisingly, the interaction of the two themes has been catastrophic.