The Rise and Rise of Ethnic Turf Marking

Here’s a story that the Los Angeles Times is treating in depth.

Monterey Park east of downtown Los Angeles became the stepping stone in the 1970s to the Chinese take over of the suburban San Gabriel Valley.

How you feel about Monterey Park’s Cascades Park fountain depends on who you are.

To some longtime residents, the multi-tiered waterfall and the Athena statue that tops it are nostalgic reminders of the city’s past, when a Greek developer named Peter Snyder decided to build Midwick View Estates, a 1920s luxury community of Spanish- and Mediterranean-style homes, to rival Beverly Hills or Bel-Air. 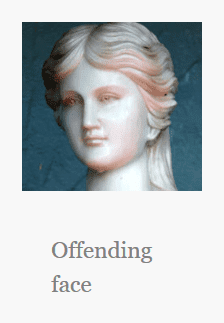 For younger Latino and Asian residents, the fountain is mostly a beautiful backdrop to selfies, quinceaneras and weddings.

But few of them are aware that the fountain was the centerpiece to a housing development with an ugly side: Midwick View Estates was meant for whites only.

The founders of Equitable Vitrines, an arts nonprofit, proposed temporarily placing a Chinese artist’s statue of biblical Eve with a Chinese face near the Athena statue.

Backers see the sculpture as a commentary on the housing development’s racist origins and celebration of the city’s more diverse present — it’s now 63% Asian and 30% Latino, according census figures — and future.

But a group of residents collected more than 100 signatures opposing the proposed project, and on Wednesday the City Council rejected it unanimously. …

Art professors and curators from the L.A. County Museum of Art and Museum of Contemporary Art wrote letters supporting the project and saying they would use it to teach, and local critics promised to write about the piece. …

Like, to pick a random example, Sara Chao’s face.

The lofty language had little effect on some longtime residents.

“Some cockamamie idea from people from West L.A.,” said David Barron, a former city clerk. He said the discussion of diversity the statue is trying to provoke is unnecessary.

“Here we’ve been able to work together, live together, and they want to split us up,” Barron said. “We solved all that stuff 25 years ago.”