A couple of weeks ago, I linked to the Washington Post’s big story on who the Real Victims of Ebola Guy are:

As Ebola patient in Texas fights for his life, his family copes with stigma and isolation.

… On Saturday night, Jallah sat alone with her two children in the dim light of her garden apartment in Dallas, in self-imposed isolation. …

Life in Quarantine for Ebola Exposure : 21 Days of Fear and Loathing By KEVIN SACK, JACK HEALY and FRANCES ROBLES OCT. 18, 2014

DALLAS — The refrigerator in Youngor Jallah’s small apartment broke down last week, and it did not take long for the stench of rotting food to grow unbearable. But when she reported the problem to the front office, the complex’s manager said that a repairman would not be sent until Monday.

That is the expiration date for the 21-day, self-imposed quarantine that Ms. Jallah, her partner and her four children have endured since the day her mother’s boyfriend, Thomas Eric Duncan, was hospitalized here with Ebola. Because her mother was at work, it was Ms. Jallah, 35, who last cared for Mr. Duncan, making him tea and handing him a thermometer — but, she said, never touching him — before summoning an ambulance.

The complex’s manager urged Ms. Jallah to move her food to the apartment across the stairwell, which has been empty since a new renter decided against moving in after hearing about the neighbors. When the landlord sent a maintenance man to deliver the key, he arrived wearing two pairs of rubber gloves.

Fortunately, the long national nightmare of Ms. Jallah not being able to go out and party on Saturday night will finally be over next week. 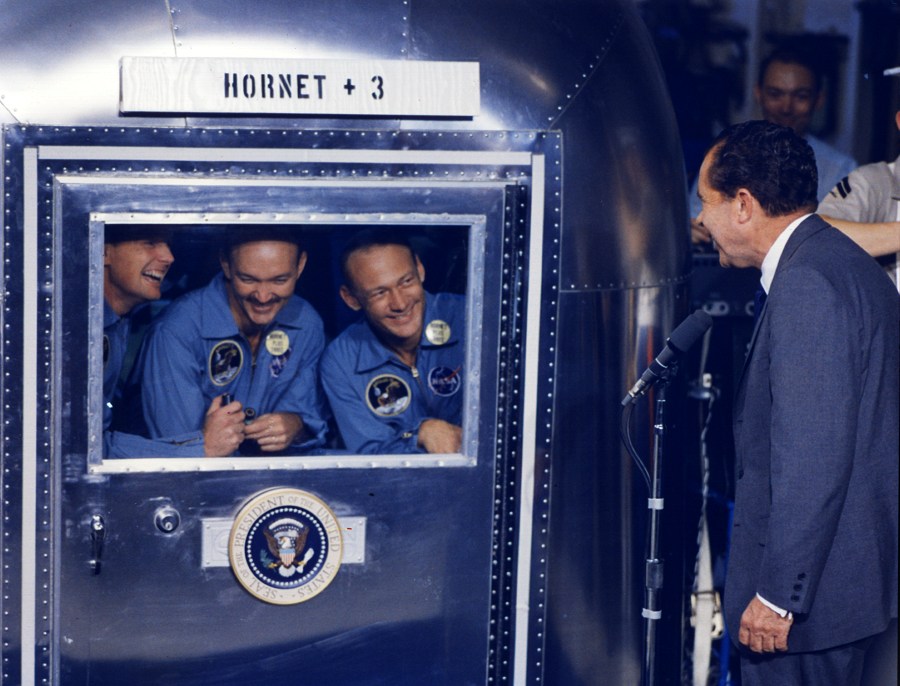 The Apollo 11 astronauts also spent three weeks in quarantine just in case they had brought the Andromeda Strain back from the Moon. But it wasn’t a major civil rights issue of the age.

The media reactions tell us a bit about our change in worldview since the 1960s, and maybe a little bit about why people with the previous worldview could go to the Moon.