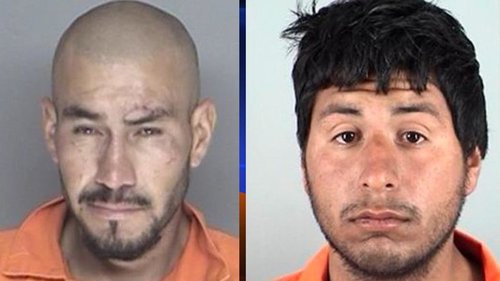 My subject line is a variant of something the late Sam Francis wrote at VDARE.com a decade ago:

If the only problem with illegal immigration is that it's illegal, if you're not willing to say mass immigration by itself is a problem, then why should we have any laws against it at all?

In an article Legal Good / Illegal Bad? at National Review Online on June 1, 2007, Mark Krikorian of the Center for Immigration Studies [CIS] addressed the same point.  Here are his first two paragraphs:

A common theme in discussing the immigration issue is “I love legal immigration, it’s just the illegal kind I’m against.” And there’s no question that political elite’s refusal to enforce the law is the most immediate immigration problem we face.

But the “legal is good, illegal is bad” mantra will only get you so far. Even if we were to address the pervasive illegality of today’s immigration flow — by, say, amnestying all the illegal aliens and increasing legal immigration, as the appalling [2007] Senate bill calls for — most of the problem would remain.

As is the piece by Sam Francis, that classic Krikorian article is well worth reading in full.

And today, the PowerLine blog's John Hinderaker hits the same fundamental point.  In U.S. IS HOME TO A RECORD 42.1 MILLION IMMIGRANTS, Hinderaker launches from a new CIS backgrounder (Immigrant Population Hits Record 42.1 Million in Second Quarter of 2015 by Karen Zeigler and Steven A. Camarota, August 2015) to a succinct summary of the current disastrous situation followed by a nearly-complete prescription for what U.S. immigration policy should be:

There has been a fair amount of talk about illegal immigration during the current campaign season, but hardly any recognition of the fact that long-term, the bigger problem is legal immigration. This is not because immigration is bad per se. Of course it isn’t. The problem, rather, is that 1) we are being flooded with unprecedented numbers of immigrants, 2) who are overwhelmingly of the wrong kind, i.e., unskilled workers, 3) who drive down the wages of American workers, and whom 4) we are making essentially no effort to assimilate.

This is a recipe for disaster. The illegal immigration problem can be fixed with relative ease, through aggressive enforcement of our current laws, particularly against employers, and perhaps building a fence as a supplemental measure. The legal immigration problem is far more intractable, because our current laws are terrible. They are not designed to further the interests of American citizens; they provide for too much immigration based mostly on the wrong criteria (i.e., family unification rather than skills). And, of course, the anchor baby concept is a disaster. The problem is that legal immigration can be fixed only by changing our laws, which, in the present political climate, is close to impossible.

For now, about all we can do is try to educate voters. A starting point in that effort is to stop talking exclusively about illegal immigration, as though that were the only issue.

That Hinderaker is on top of the illegal-immigration problem is shown by his prioritization of interior enforcement of existing laws (especially in workplaces) over "the dang fence."  (Some new laws are needed to strengthen the fight against illegal immigration.  Specifically we need to make E-Verify universally applicable, including to the existing work force, not just to new-hires.  And we need to mandate full cooperation on immigration-law enforcement between federal and local agencies.)

As for legislation in the legal-immigration arena, Hinderaker gives at least a nod to what's needed, with one exception: All refugee and asylum programs should be shut down until their massive abuses can be extirpated.