The Post-Apartheid Condition of Ponte City Tower in South Africa vs. Fictional World of Marvel's Wakanda

Marvel’s Black Panther lives in the present, but there’s plenty that would suggest otherwise. Slated for a February 2018 release, the movie — which is directed by Ryan Coogler (Fruitvale Station, Creed) — showcases the world of Wakanda: a fictional African nation that’s the most technologically advanced place on the planet. The country is led by King T’Challa, a.k.a. Black Panther (Chadwick Boseman), and is rich with all sorts of sci-fi tech: futuristic hologram beads, self-materializing superhero costumes and some of the most mind-blowing aircrafts the world’s ever seen. 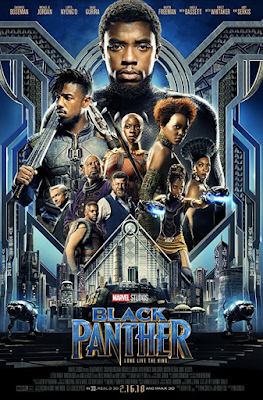 But Wakanda is more than just a fun spectacle; it represents something much more magnificent and powerful — a version of Africa unaffected by the external world, one that was allowed to pursue its own march toward spectacular progress.

When the most recent trailer for the movie was released in October, people weren’t just excited, they were jubilant. Now, it’s an event pretty much every time there’s a new Marvel movie but — no disrespect to Spider-Man: Homecoming, Thor: Ragnarok, etc. — those blockbusters don’t normally have an entire culture of people impatiently awaiting their release. So what makes Black Panther especially noteworthy?

The secret sauce of Marvel’s Black Panther is Afrofuturism — an arts form that combines science fiction with black culture to create a future informed by blackness. On its face, Black Panther masquerades as Marvel’s latest superhero flick. Dig deeper and you’ll find the movie’s true identity: an Africa-set, Afrofuturist film — made for black people, by black people — powered by a Disney budget.

Afrofuturism has been looking ahead for decades

As a term, “Afrofuturism” is often credited to author Mark Dery, who reportedly coined it in a 1992 essay for Duke University Press called “Black to the Future.”(Arizona State professor Michael Bennett noted in a phone interview with Mic that he also gives credit to Mark Sinker, editor of U.K. music magazine The Wire, who “didn’t use the term [Afrofuturism] but he expressed many similar concepts that hit the notion on the chin.” Other early proponents, Bennett mentioned, include professor Alondra Nelson and author Sheree Thomas.)

But as a concept, Afrofuturism dates much further back than the early ’90s, making Black Panther the latest in a long line of works to blend sci-fi and black culture.

The original Star Trek series from the 1960s isn’t overtly Afrofuturistic, but it does feature actress Nichelle Nichols, who played Lieutenant Uhura and who was the first black woman to portray a sci-fi character. And that was a significant milestone — so much so that, in a 2011 interview with NPR, Nichols said she nearly left the show to pursue other roles, but was dissuaded by none other than Dr. Martin Luther King Jr. Nichols said that when they first met, King told her, “You are marching. You are reflecting what we are fighting for.”

The feeling of satisfaction Black Panther viewers get from viewing even just the trailer isn’t just because it’s a Marvel film with a black main character (though this is also important). The movie’s real importance is that, like the works of Octavia Butler and Sun Ra, it offers an entire world to escape into. In Wakanda, we’ve moved past the problems of police shootings of black youth and the court verdicts they result in, or an administration that disregards the voices of many of its black citizens when they publicly protest.

Afrofuturism offers a reprieve from the real world, and Black Panther could be the most mainstream, biggest-budget example of it yet. In February, for roughly two hours, black people will get to live in a world where we’re the coolest heroes, we make the coolest stuff and Donald Trump isn’t president. Afrofuturism can bring a troubled people something truly special: an escape.

The South African Building That Came to Symbolize the Apocalypse: Ponte City, Africa’s tallest apartment block, is a mainstay of movies about the end of the world—but it was once an apartheid-era architectural triumph., The Atlantic, February 21, 2017

It was 10 a.m. on a bright spring morning in Johannesburg, and just outside my apartment, the zombie horde was growing restless. They shrieked and wailed, clawing at their tattered gray clothes and surging toward the walls around them. As they thrashed against concrete and barbed wire, I heard shots ring out. There was a guttural yell and then, abruptly, silence. 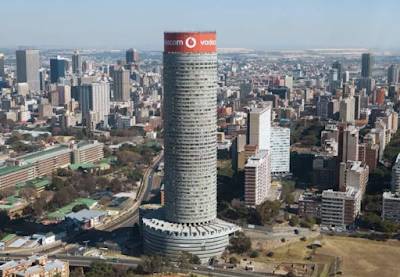 The reality of post-apartheid South Africa, where Ponte City (tallest building in Africa) has regressed to the black mean

Finally. For three days, the undead had been interrupting my workdays to fight pitched, cacophonous battles with their human nemeses on the movie set of Resident Evil: The Final Chapter 30 floors below my kitchen window.

When I had moved into Africa’s tallest apartment building a year earlier, I hadn’t counted on my work as a journalist being interrupted by a zombie apocalypse. But in many regards, I had to admit, it made sense. For more than four decades, after all, the Ponte City tower, which juts out over downtown Johannesburg like a 54-story toilet-paper tube, has been a vertical warehouse for South Africans’ greatest hopes and worst fears about their cities and themselves.

Built at the center of a buzzy, international neighborhood, Ponte began life as a posh address for white residents in the 1970s. The building’s unusual architecture—its flats all face a gaping open core—lent it a distinct, if eerie, appeal from the outset. But as the fall of apartheid transformed the city center, the building was dragged along with it, morphing into an outsized symbol of the violence and decay that gripped parts of Johannesburg during South Africa’s messy transition to democracy in the 1990s.

By the time I arrived there, Ponte was shorthand in local media and the public imagination for a city transformed—or, depending on who you asked, destroyed—by the warp of history. Now, it seemed that Hollywood had figured out the logical end point of that metaphor. Over the past few years, the building has appeared in several international films (its credits include District 9, Chappie, and a Drake music video, among others), always as a place both desolate and dangerous. But Resident Evil, which opened in late January in the U.S., took it a step further. It picked Ponte up out of downtown Johannesburg, and dropped it down in the middle of a gutted metropolis at the end of human history. The symbolism was hard to miss.

When white people vacated Johannesburg, blacks in South Africa inherited not just the infrastructure whites built (and left behind), but the beautiful Ponte City tower.