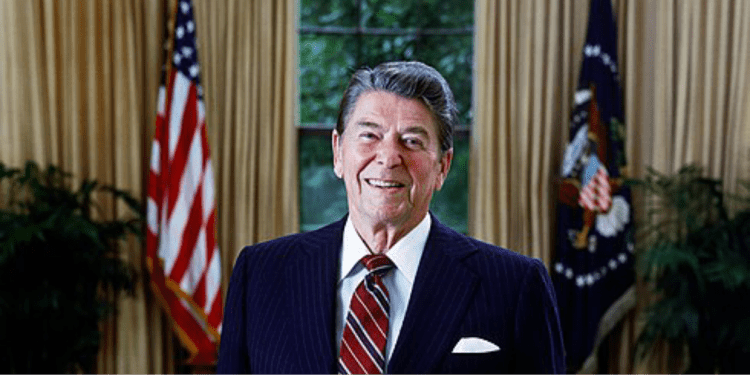 The Mystery of Ronald Reagan

What could Ronald Reagan have been thinking about?

Now, on the occasion of what would have been the former president's 100th birthday, his youngest son, Ron Reagan, has written a deeply felt memoir - a memoir that underscores the bafflement his own children often felt about their father, a man the younger Mr. Reagan describes as an inscrutable, "paradoxical character," "warm yet remote," "affable as they come" but with "virtually no close friends besides his wife," a man who "thrived on public display yet remained intensely private."

"His children, if they were being honest," Mr. Reagan writes in "My Father at 100," "would agree that he was as strange a fellow as any of us had ever met. Not darkly strange, mind you. In fact, he was so naturally sunny, so utterly without guile, so devoid of cynicism or pettiness as to create for himself a whole new category of strangeness. ... The author says that he never felt that his father didn't love or care for him but that he often seemed to be "wandering somewhere in his own head."

"Occasionally," Mr. Reagan writes, "he seemed to need reminding about basic aspects of my life - like birthdays, who my friends were or how I was doing in school. I could share an hour of warm camaraderie with Dad, then once I'd walked out the door, get the uncanny feeling I'd disappeared into the wings of his mind's stage, like a character no longer necessary to the ongoing story line."

I've been interested for a long time in the paradoxes of President Reagan's personality, which are well expressed in the above paragraphs. (Ron Jr.'s views sound similar to those of his sisters' Maureen and Patti.) So, let me hazard a guess about what Reagan was often thinking about when he could have instead been thinking about the specific wants and needs of the people around him:

At the Reagan Library in Simi Valley there are on display a great number of handwritten pages by Reagan about public affairs: a letter to Gorbachev, the first draft of a speech, a 1970s newspaper column, etc. Reagan did not have a particularly fast mind, so he devoted a lot of time to thinking about his calling of matters of state, and not very much time to thinking about individual family and friends.

Reagan had a rather statistical frame of mind (speechwriter Peggy Noonan said that the President's first drafts for speeches always included far more statistics than the public could put up with).

One of his more curious, but revealing habits, was that he had his White House staff provide him every Friday, with about 20 letters from citizens. On Monday, he'd give the staffers' his replies to send out. It was an odd system, but he felt that grappling with the idiosyncratic concerns of about 1,000 individual citizens per year provided a sample that kept him connected to the country.

Of course, Reagan didn't have the time, or interest, in doing much follow up to his first reply — he had staffers to shield him from the time sink that individuals could turn into. Getting a handwritten letter from the President of the United States responding in some detail to your request for advice could turn a lot of otherwise sane people into Rupert Pupkin. So, a thousand ordinary people per year got a personal letter from the President, but few got more than one. The President wasn't really that interested in you as an individual, he was interested in you as a sample.