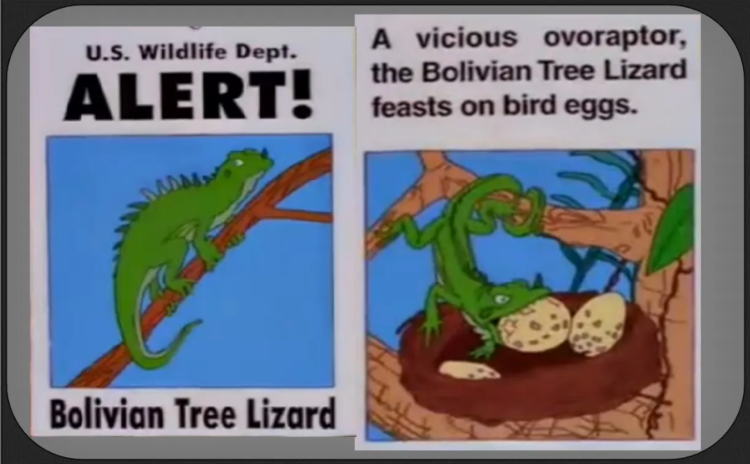 The Logic Of Gentrification Via Immigration 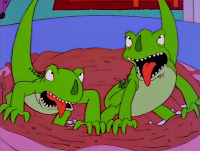 KENT BROCKMAN: Our top story, the population of parasitic tree lizards has exploded, and local citizens couldn’t be happier! It seems the rapacious reptiles have developed a taste for the common pigeon, also known as the ‘feathered rat’, or the ‘gutter bird’. For the first time, citizens need not fear harassment by flocks of chattering disease-bags.

Later, Bart receives an award from Mayor Quimby outside the town hall. Several lizards slink past.

MAYOR QUIMBY For decimating our pigeon population, and making Springfield a less oppressive place to while away our worthless lives, I present you with this scented candle.

PRINCIPAL SKINNER Well, I was wrong. The lizards are a godsend.

LISA But isn’t that a bit short-sighted? What happens when we’re overrun by lizards?

SKINNER No problem. We simply unleash wave after wave of Chinese needle snakes. They’ll wipe out the lizards.

LISA But aren’t the snakes even worse?

SKINNER Yes, but we’re prepared for that. We’ve lined up a fabulous type of gorilla that thrives on snake meat.

LISA But then we’re stuck with gorillas!

SKINNER No, that’s the beautiful part. When wintertime rolls around, the gorillas simply freeze to death.