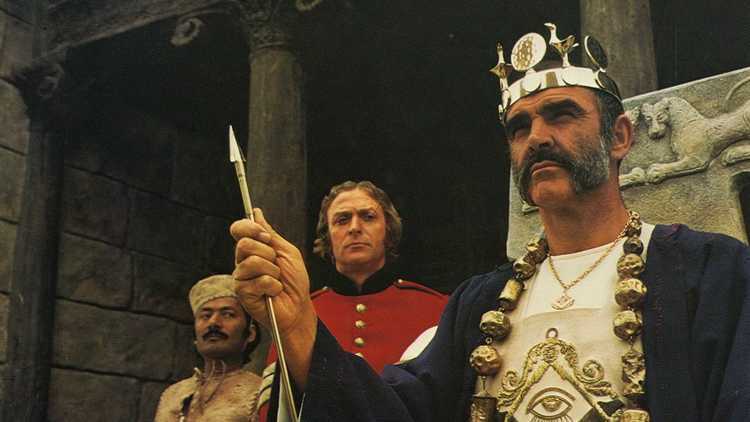 The Irony of Victory

If John McCain had been elected President, would we be out of Afghanistan by now? After all, McCain would have been much better situated politically than Obama to declare, "Nobody loves the smell of napalm in the morning more than John McCain, but even I recognize this is an increasingly pointless war, so we're outta there."
In general, it's easier for a President to betray his base than to overcome his opposition, so often people wind up with the opposite of what they thought they voted for.

By the way, for the newcomers, here's my September 26, 2001 essay predicting (before the shooting began) the course of the war in Afghanistan, based on my watching the 1975 movie The Man Who Would Be King several times on VHS:


In the last two weeks [i.e., since 9/11], a couple of contradictory assertions about Afghanistan have become commonplace in the press.

The first is that outsiders inevitably face horrifying defeat in Afghanistan.

The second is that the U.S. must not only kill Osama bin Laden and batter the Taliban regime, but should then take up the Imperial Burden in Afghanistan. The U.S., they say, should conquer and pacify the entire Texas-sized country, build a unified nation out of its warring ethnic groups, reconstruct its economy, liberate its women, calm its furious holy men, and make it a middle class democracy.

"The Man Who Would Be King" reminds us that neither despair nor utopianism is a realistic attitude for anyone contemplating a military incursion into that harsh land. ...

Those who advocate that we stay in Afghanistan long after Osama bin Laden and the Taliban are dealt with should ponder Kipling and Huston's parable.